An Ohio firearm bill of sale is a post-sale document used for proving ownership of one (1) or more purchased firearms. The form includes the price paid for each firearm, its serial number, manufacturer, and caliber, as well as the contact information and signatures of both parties. State law does not require non-licensed sellers to perform a background check, or the buyer to have a permit to purchase.

The only requirement for private transactions is that the buyer must present an Ohio driver’s license or photo identification to verify their residency and age. The minimum age to purchase firearms is eighteen (18) for long guns and twenty-one (21) for handguns. Furthermore, Ohio law (§ 2923.13) dictates that no person who is a fugitive from justice, a convicted felon, a drug addict, a chronic alcoholic, or who has been diagnosed as mentally incompetent can legally possess a firearm.

Individuals who are at least twenty-one (21) years old can apply for an Ohio CCW by completing the following steps: 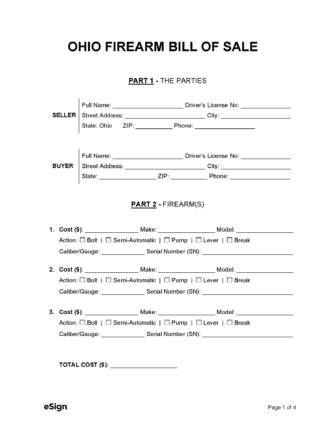 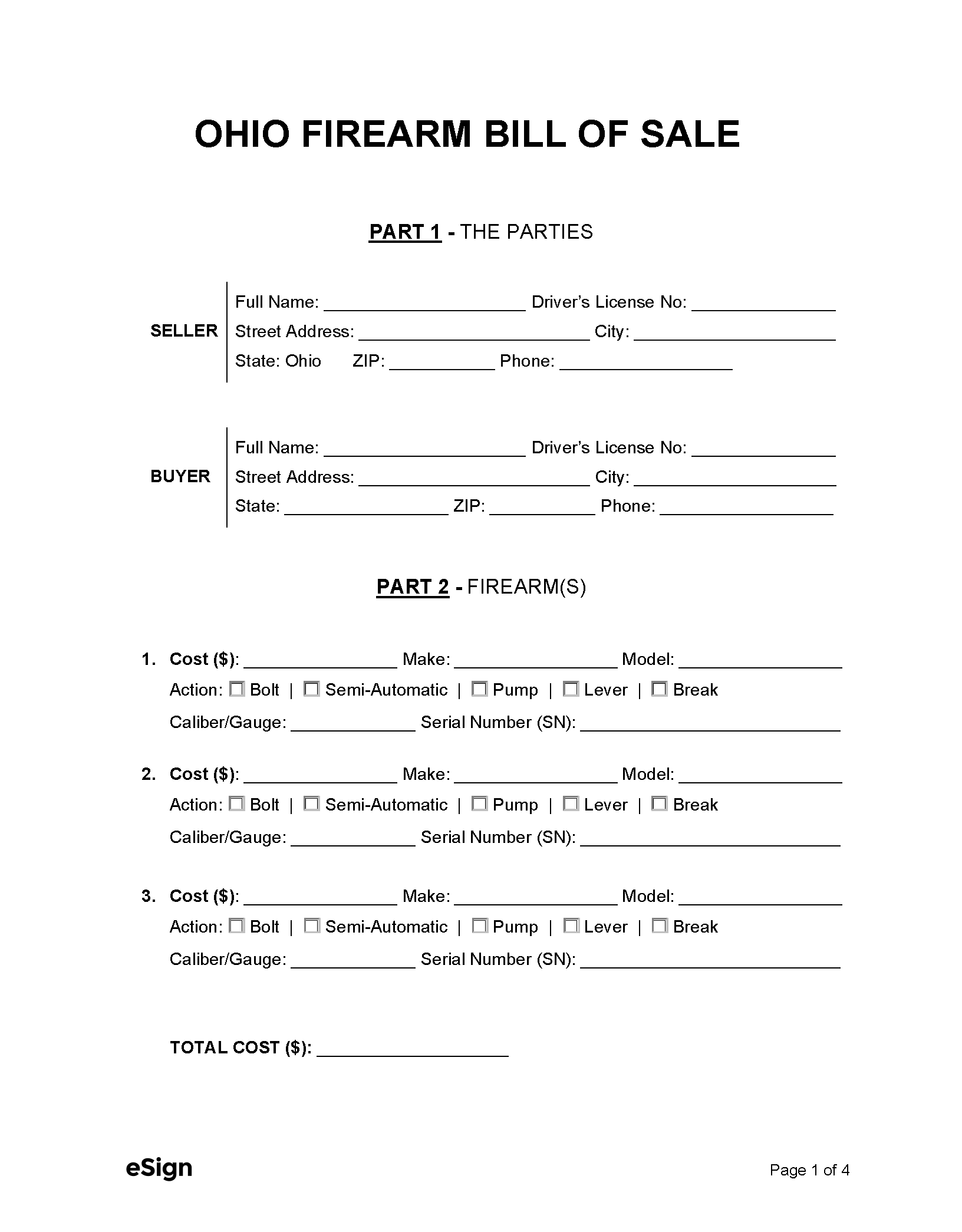