A New Hampshire employment contract is an agreement between an employer and an employee that outlines the terms of employment that the employee accepts when they are hired. The document will define the employee’s status as an “at-will” employee or a contracted worker with a fixed termination date.

Independent Contractor Agreement – A work contract to be used when an independent contractor is hired by a client.

Subcontractor Agreement – A work contract to be used when a subcontractor is hired to work on a larger contract.

Permitted? Yes. In New Hampshire, employers are permitted to terminate “at-will” employees at any time for any lawful reason. State and federal law prohibit firing employees for the following reasons. 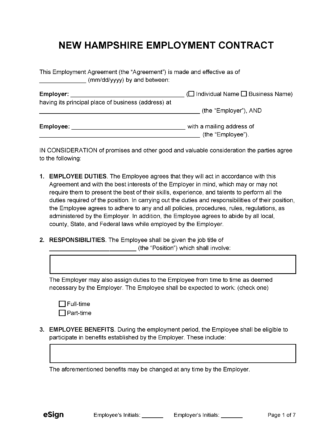 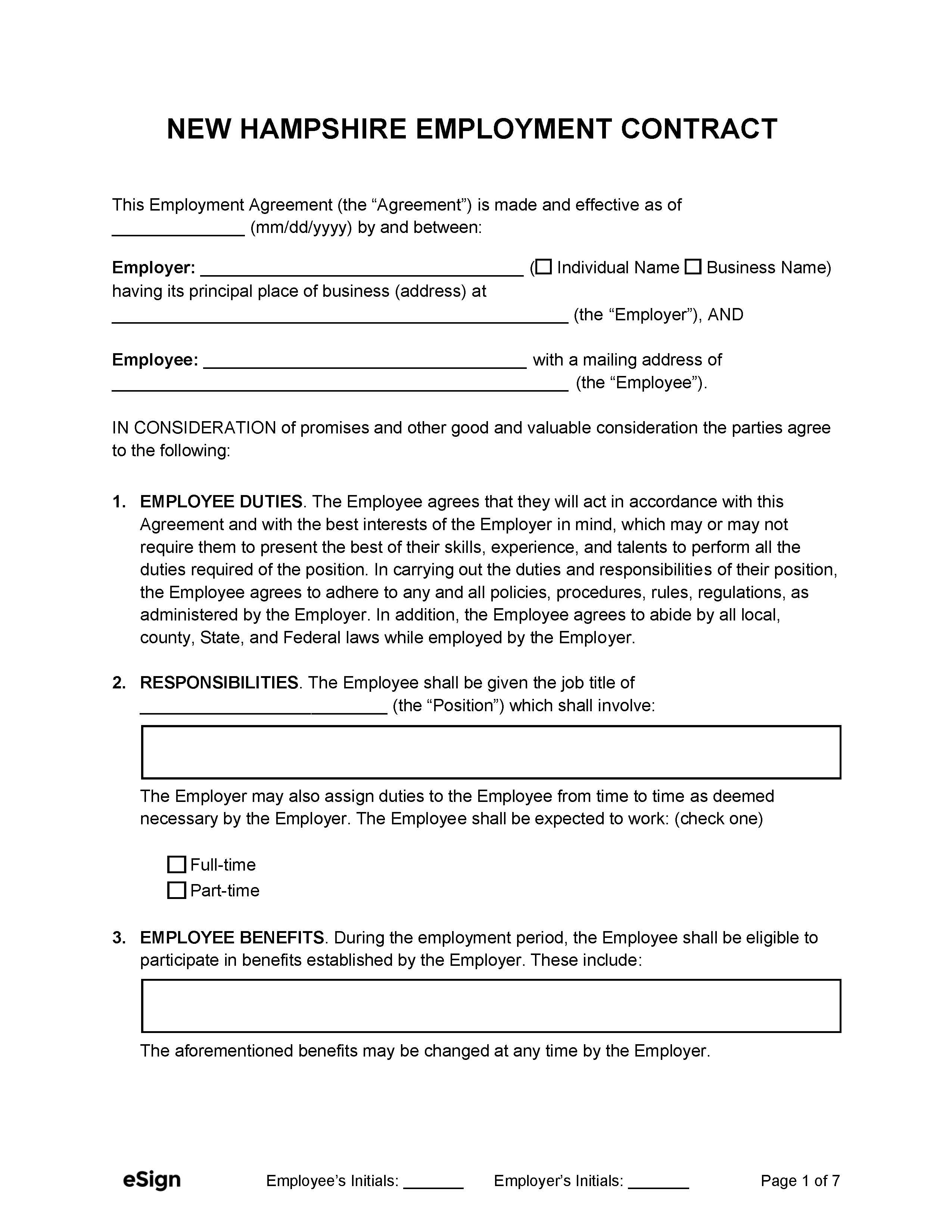