Companies may also require employees to sign off on non-disclosure and non-compete clauses that prohibit them from sharing company information and working for competing businesses. Any employee benefits such as paid leave, sick days, vacation time, and ownership interest will need to be included in the contract as well.

Independent Contractor Agreement – A contract between a freelance worker and an individual or company that hires them.

Subcontractor Agreement – Used by a general contractor or other authorized entity to hire a subcontractor.

Permitted? Yes, as an “employment-at-will” state, Nevada permits employers to terminate their employees at any time and for any reason that doesn’t violate state and federal law. It is illegal to terminate an employee for any of the following reasons: 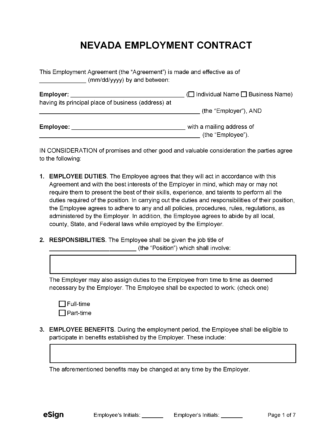 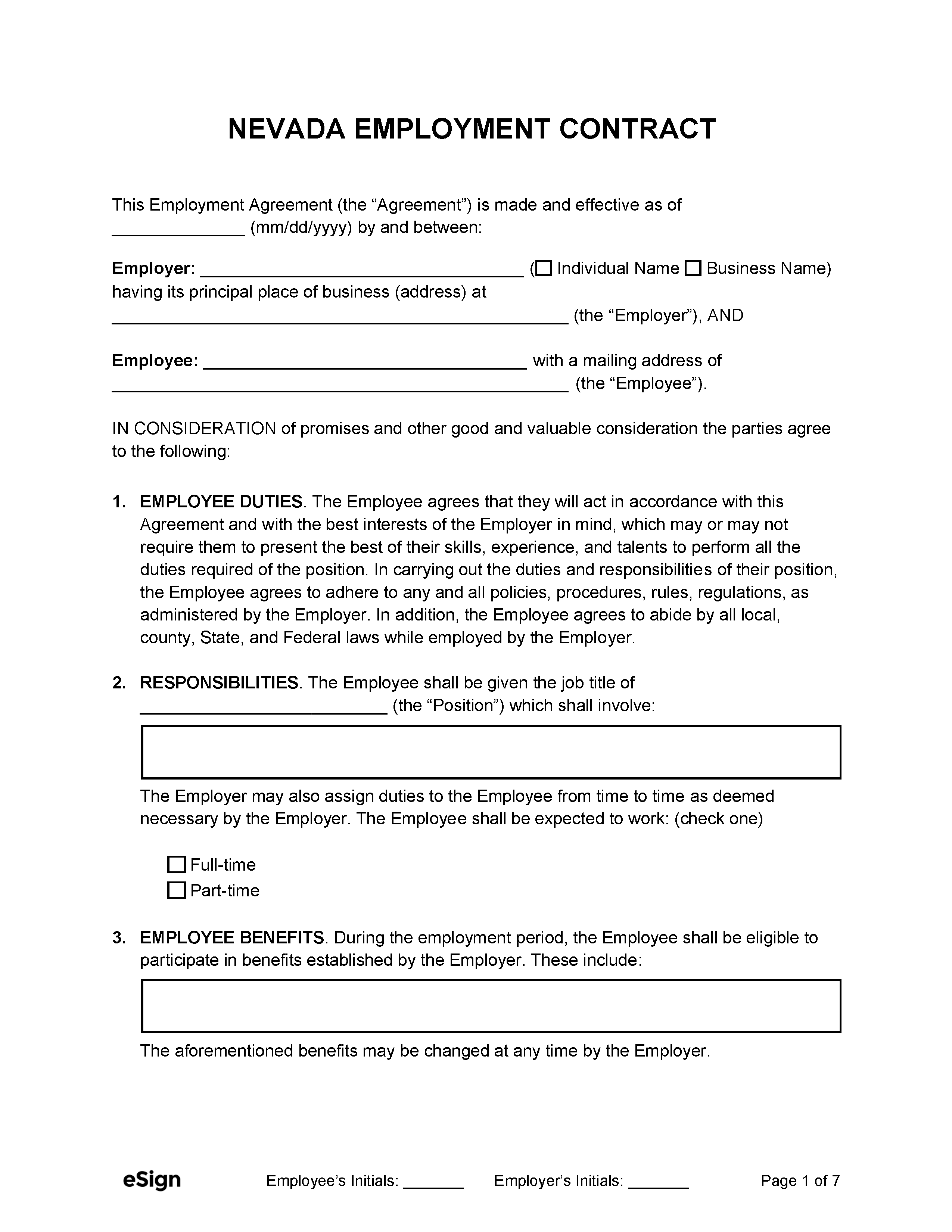