An Arkansas non-disclosure agreement is a written arrangement between two parties to prevent confidential information from being leaked to other entities or the general public. In many cases, only one party will be sharing information with the other (e.g., an employer sharing trade secrets with their employee); this is known as a unilateral agreement. In other cases, the agreement may be mutual, which means both parties have trade secrets that they are sharing with the other.

Regardless of who is sharing information, it would be harmful if that information was shared with anyone without the express written consent of the sharing party. Violating the terms of an NDA may result in a cease and desist letter, an injunction (attempt to prohibit the use or further dissemination of information), or a lawsuit seeking monetary damages. 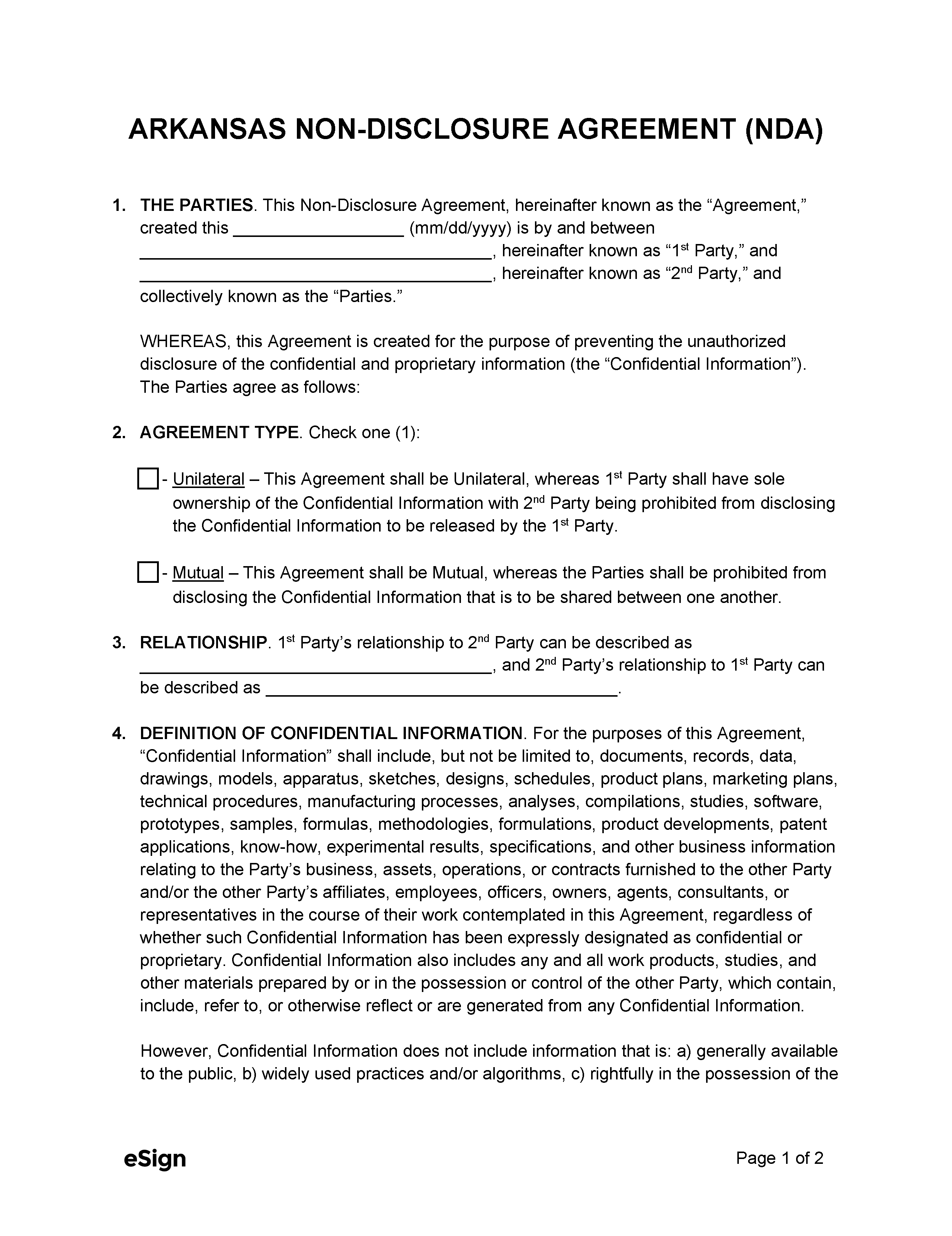