A Delaware non-disclosure agreement establishes an arrangement of confidentiality between two parties by prohibiting the sharing of trade secrets. By signing an NDA, the person/entity gaining access to the other party’s confidential information agrees not to disclose or misuse the information or otherwise violate the agreement. When one party shares information with another, they will use a unilateral non-disclosure agreement. In some cases, both parties may be sharing trade secrets with each other, so a mutual NDA will be used instead. 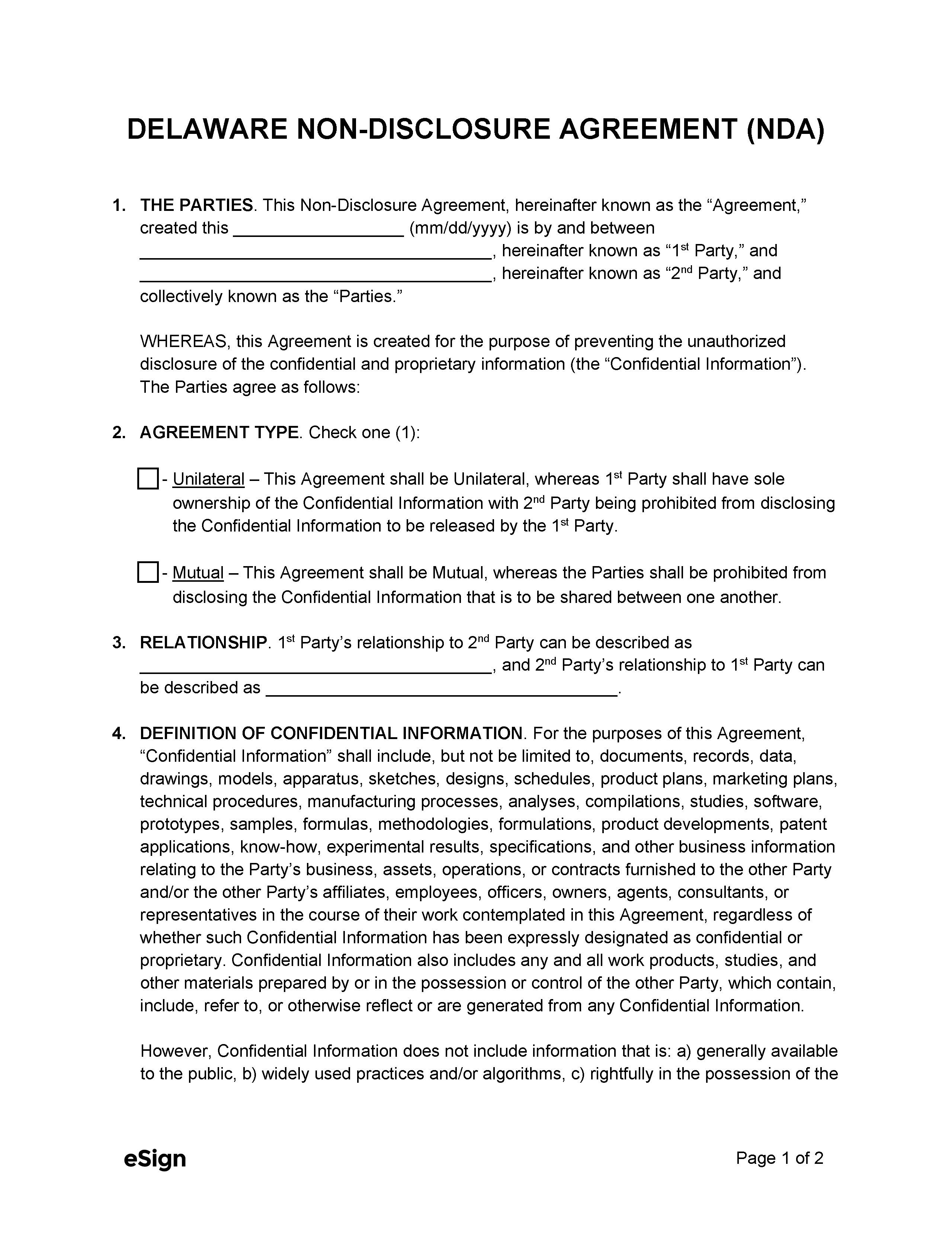