A Georgia non-disclosure agreement enables businesses to share trade secrets as it protects them from unwanted dissemination or misuse. When a company makes their employees, clients, consultants, or investors sign an NDA, they are ensuring that the person receiving the information understands that if they disclose said information, there will be legal consequences.

If an NDA is violated, the party whose proprietary information was disclosed can attempt to prevent misuse, stop further dissemination, or seek monetary damages. In Georgia, an action for misappropriation (i.e., making a claim against a person for breaching an NDA) must be filed within five (5) years of the misuse or dissemination of trade secrets. 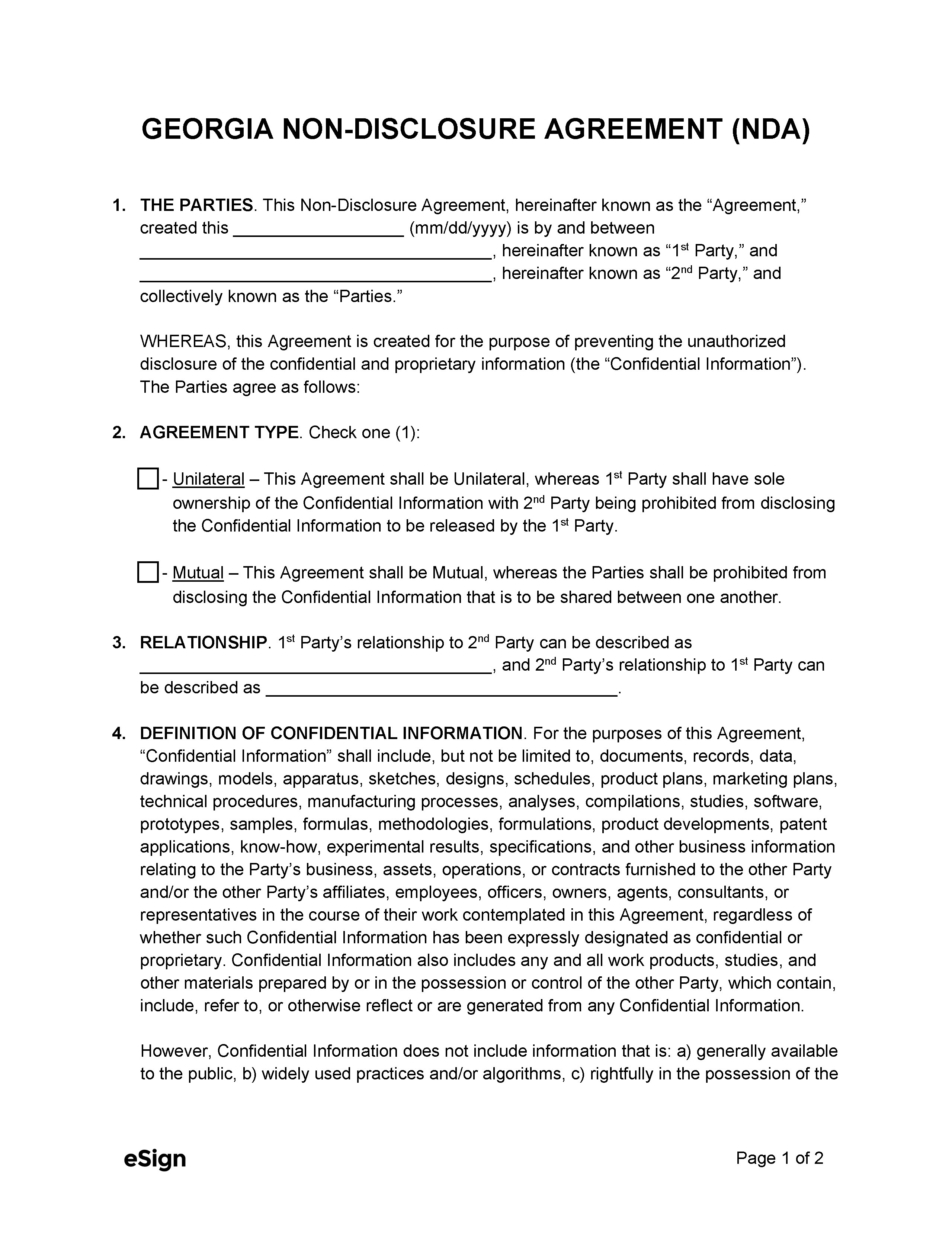