An Illinois non-disclosure agreement is a contract entered into by two (2) parties with the intention of preventing the dissemination and misuse of trade secrets. Trade secrets are proprietary information whose value is dependent on privacy, and an NDA is designed to safeguard this information by establishing punitive measures should misappropriation occur. The party whose confidential information was disclosed in violation of the agreement can seek injunctive relief, which stops or limits further use of the information, or they can attempt to recover monetary damages.

An NDA can last any number of years (as long as the information is not known to the general public), but there is a limit to the amount of time within which legal action can be sought for a violation, which in Illinois is five (5) years. 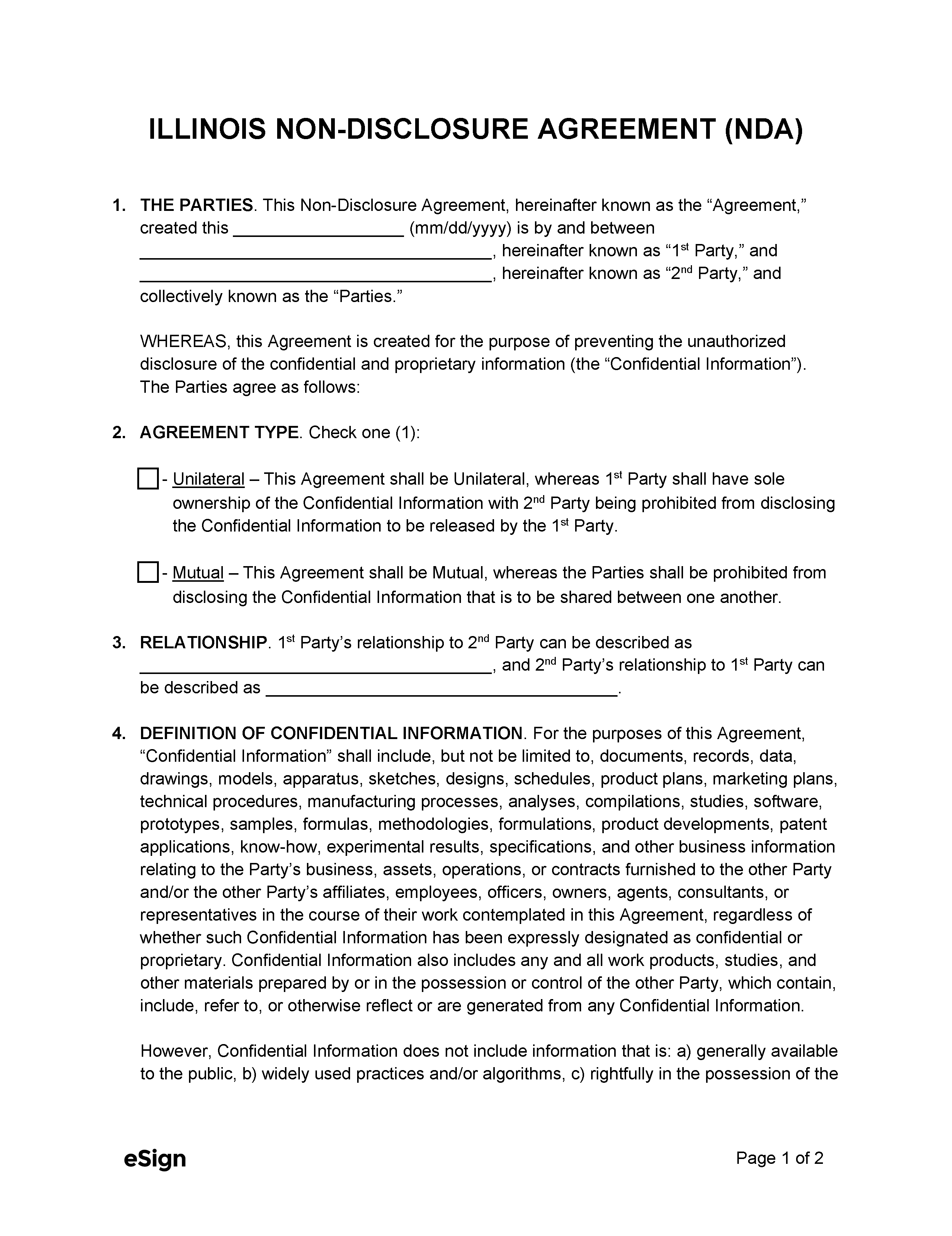