A Massachusetts non-disclosure agreement is a contract companies use to protect trade secrets and other proprietary information from being divulged to outside parties. Otherwise known as an “NDA,” are generally signed by employees or independent contractors before beginning a business relationship where they’ll be made privy to an entity’s trade secrets. Violation of an NDA can trigger lawsuits or, in some cases, criminal charges. 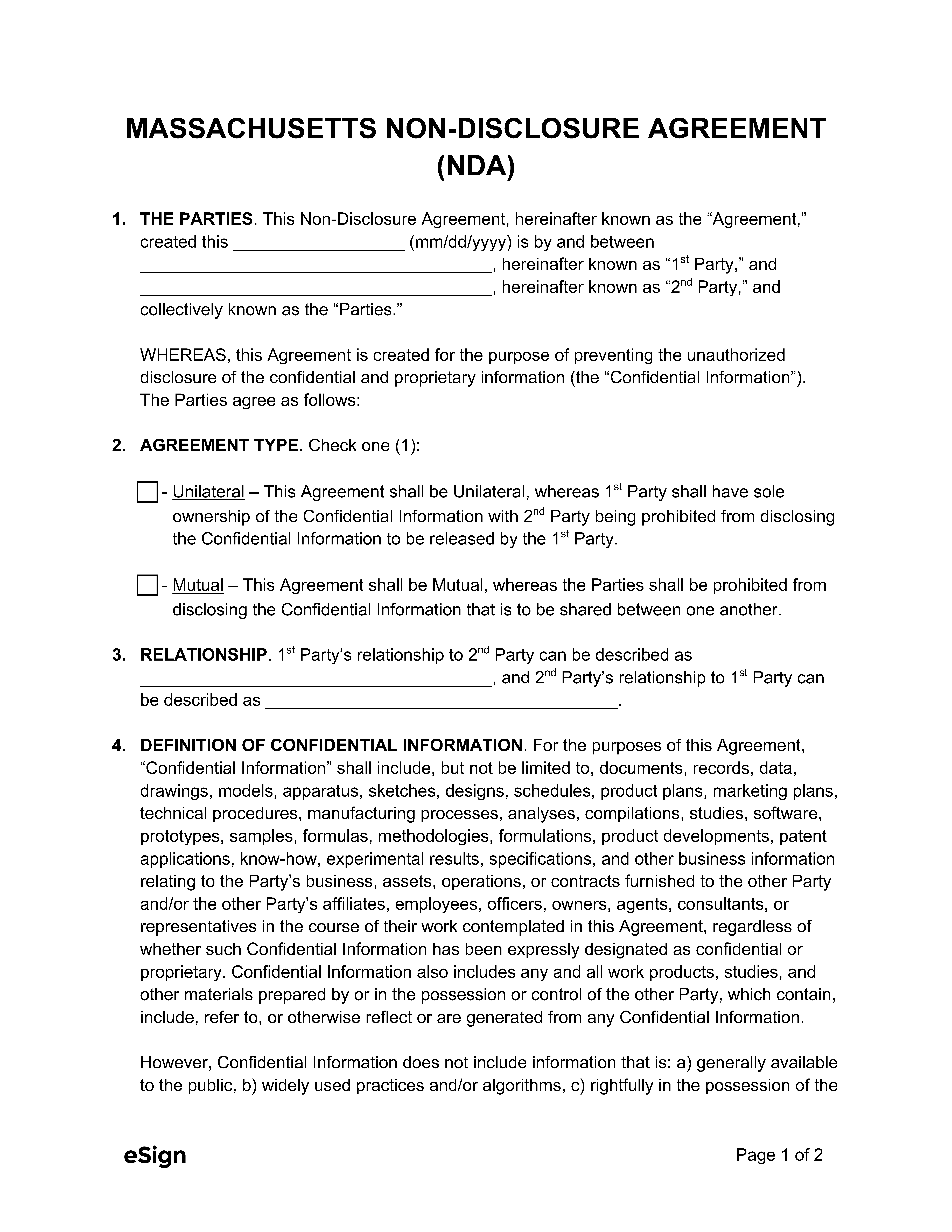