A Nebraska non-disclosure agreement (NDA) is a legal contract that prevents trade secrets and confidential information from being wrongfully disclosed to third parties. An NDA is typically signed at the start of an employment or business relationship wherein sensitive data is shared between parties. If the NDA is “unilateral,” only one (1) of the parties is obligated to maintain confidentiality. Under a “mutual” NDA, both parties are prohibited from disclosing confidential information shared by the other. Failure to maintain secrecy would allow the other party to seek damages stemming from the misappropriation of trade secrets. 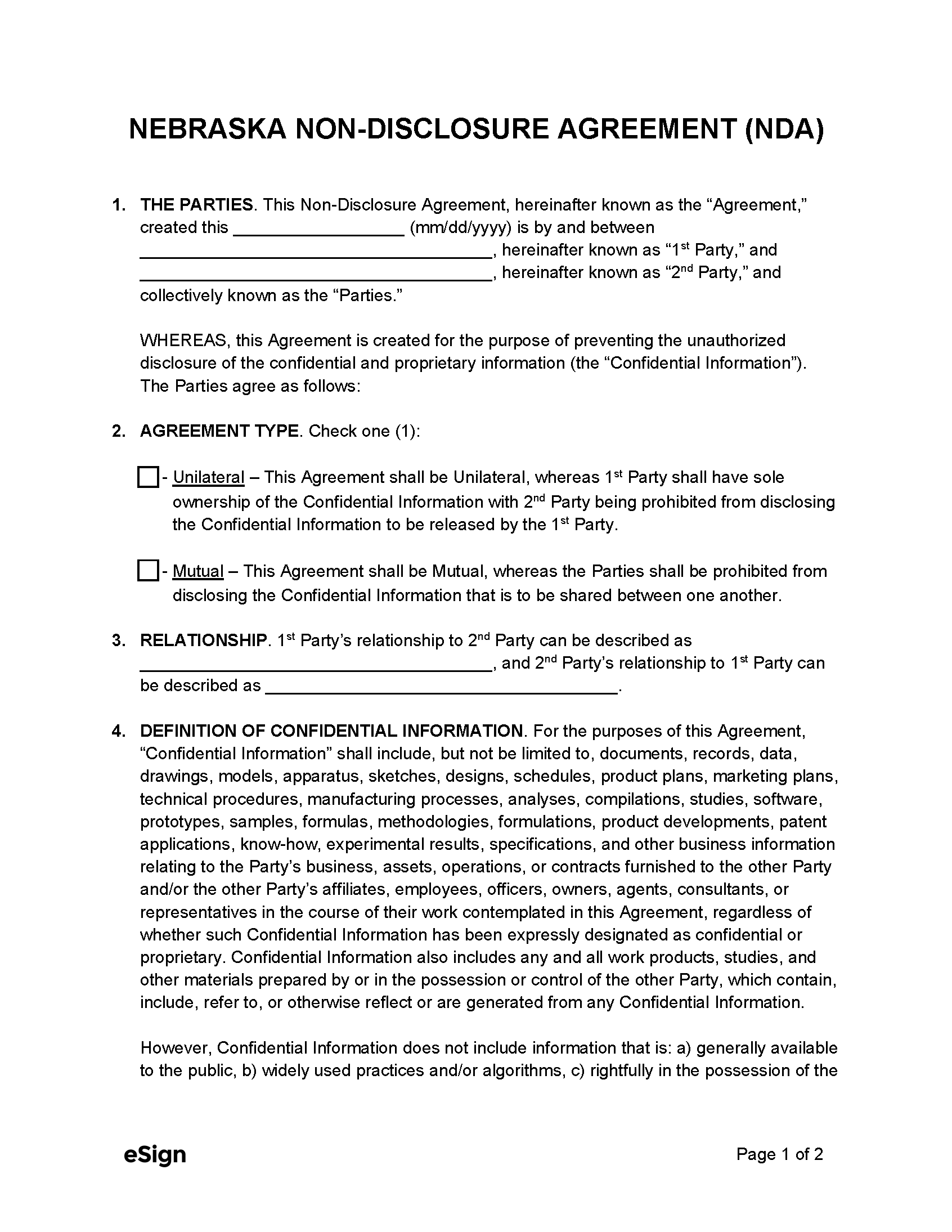