A New Jersey non-disclosure agreement is a contract used to maintain the confidentiality of proprietary and sensitive information shared between two (2) parties. Non-disclosure agreements (NDAs) are often implemented when an employee gains access to an employer’s trade secrets, such as marketing strategies, client lists, formulas, and designs. By signing an NDA, the contract participants become legally obligated not to reveal any confidential information to competing companies or third parties.

This non-disclosure agreement may be formatted in one of two ways: as a unilateral or mutual agreement. A unilateral NDA is used when only one (1) party is prohibited from disclosing confidential information. A mutual NDA is a two-way contract in which both parties agree to maintain confidentiality of the other’s information. 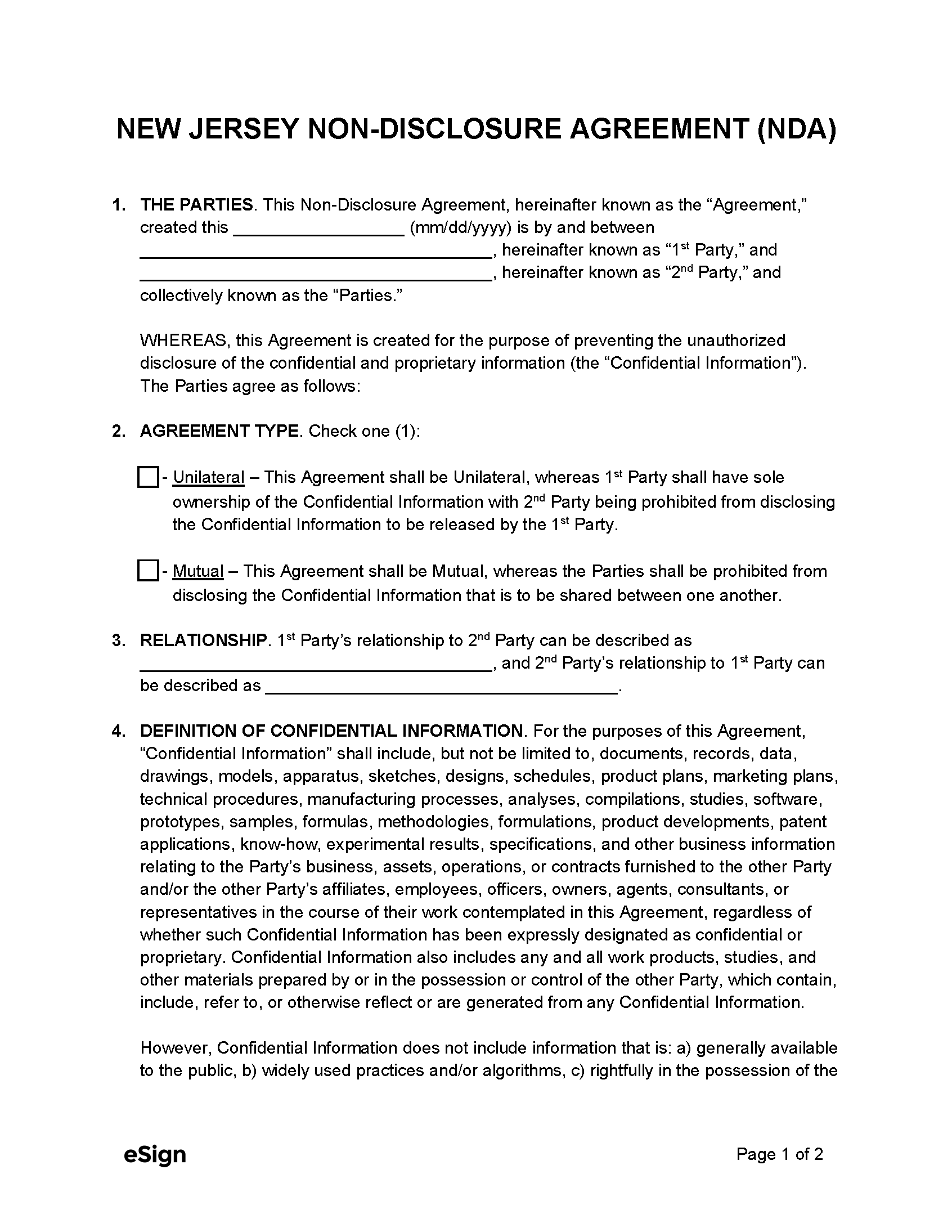