A New York non-disclosure agreement (“NDA”) is a legal contract put in place to protect confidential information from being misused by those who gain access to it. By agreeing to sign an NDA, the party receiving private and sensitive information will be restricted from divulging such details to third parties, and from using the information for their benefit.

Should the confidential information covered by an NDA be unfairly or unlawfully used, the harmed party can seek injunctive relief (a court order to cease disclosure). They may also be entitled to financial damages for the profits lost as a result of the misused information. 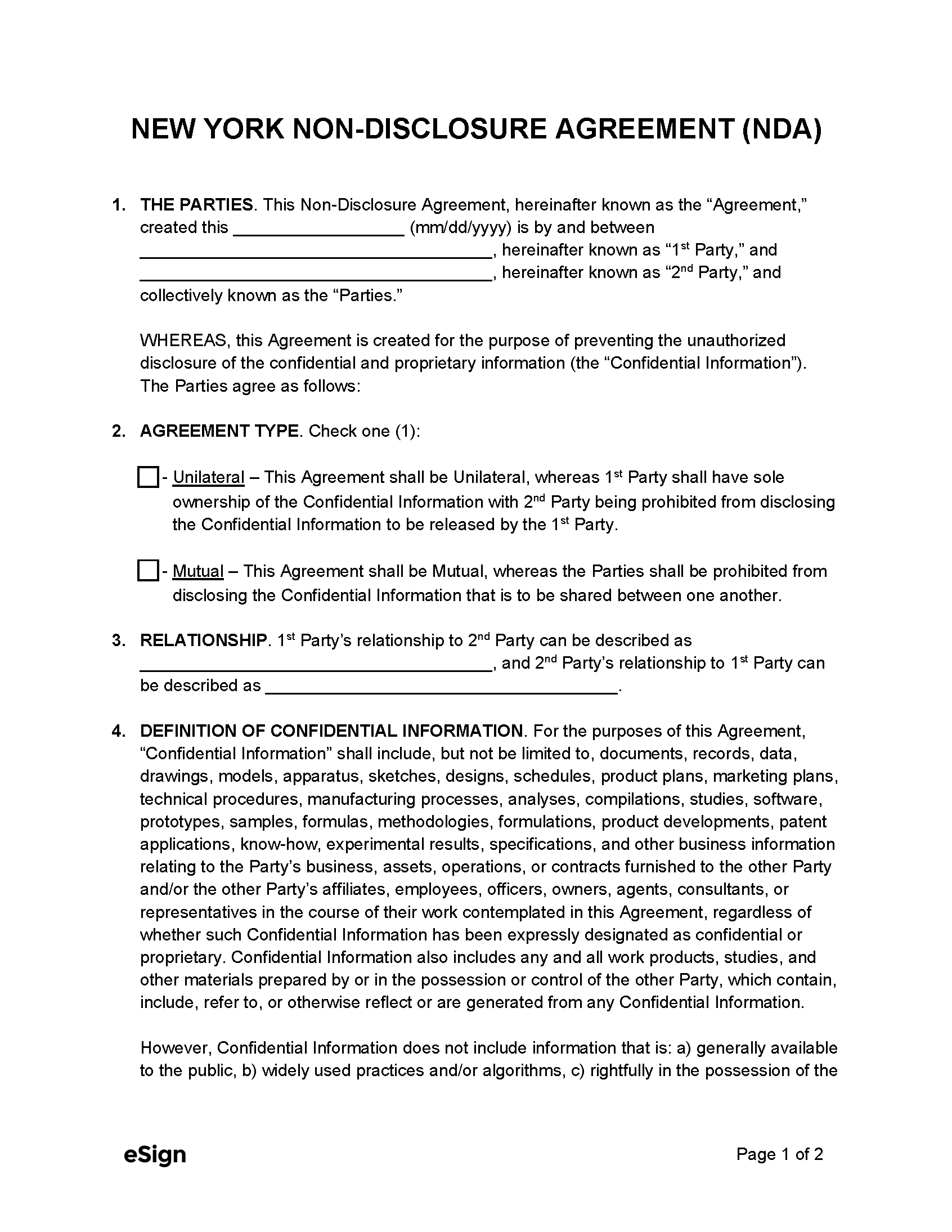