A Pennsylvania non-disclosure agreement is a form used when private business information is shared to prohibit disclosure. The party who signs a non-disclosure agreement (NDA) makes a legally binding promise to keep the other party’s information confidential. The form defines what the NDA covers, including research data, formulas, recipes, designs, and other trade secrets. It also specifies how long the NDA will last. If the confidential material is leaked while the NDA is in effect, the party whose material was misused can enforce the contract by filing a lawsuit against the violating party. 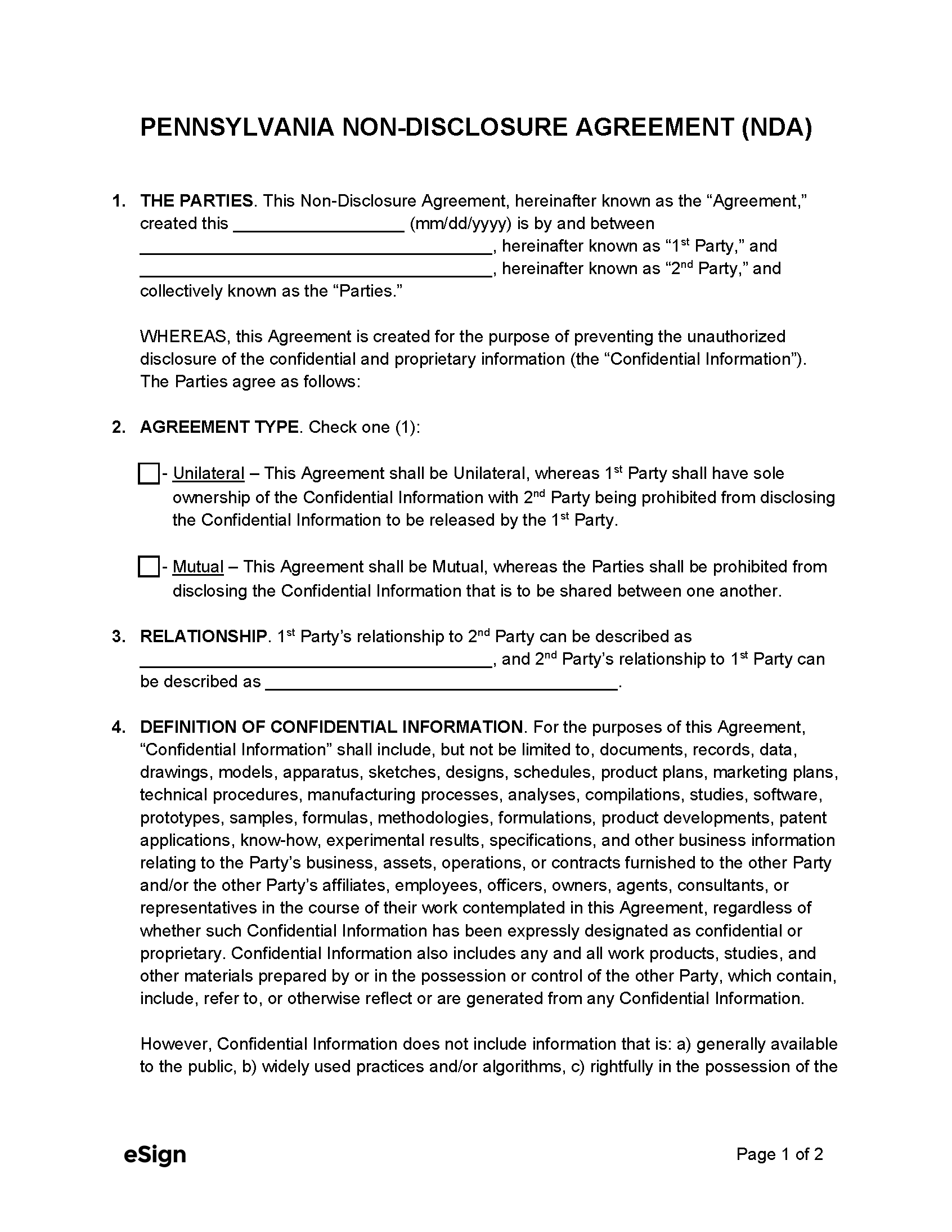