A Virginia non-disclosure agreement, or “NDA,” is a legal contract used to enforce the confidentiality of an individual or entity’s information. The agreement states that one or both of the involved parties will receive access to information that cannot be disclosed to any outside party so long as it is not publicly known or until they are released from their obligation. NDAs are commonly used to protect client lists, consumer data, prototypes, or any other proprietary information whose value is dependent on its secrecy (i.e., trade secrets). 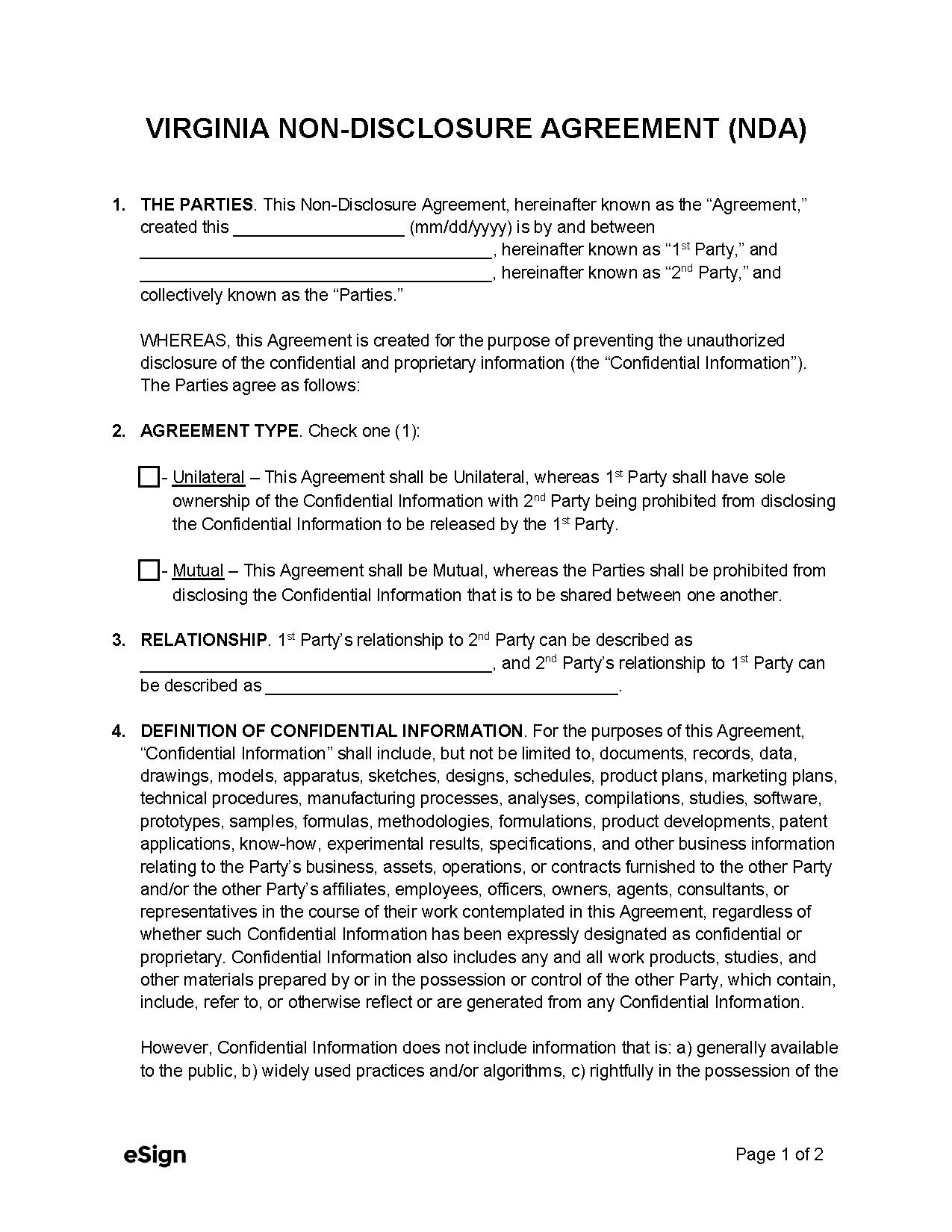