A California general power of attorney is a document that enables an individual (the “principal”) to select an agent to act on their behalf with regard to financial management. The agent’s powers under this power of attorney are broad and sweeping, potentially granting them the authority to oversee the entirety of the principal’s estate if so indicated in the document.

Durable Power of Attorney – This will remain in effect even if the principal becomes unable to make decisions for themselves. 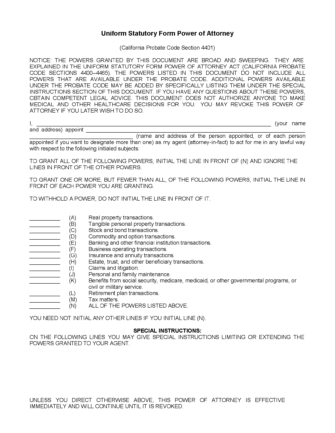