A California limited power of attorney is a form used to delegate authority to an agent, or “attorney-in-fact,” enabling them to perform specific tasks on behalf of the principal (person creating the document). The agent’s powers are limited and typically terminate automatically following the completion of their duties. For example, an agent may be appointed for the sole purpose of depositing the principal’s checks during a temporary period of absence. Unlike a general POA, any powers not explicitly granted in this limited form are excluded from the agent’s scope of authority. Furthermore, the document is non-durable and becomes ineffective upon the principal’s incapacitation. 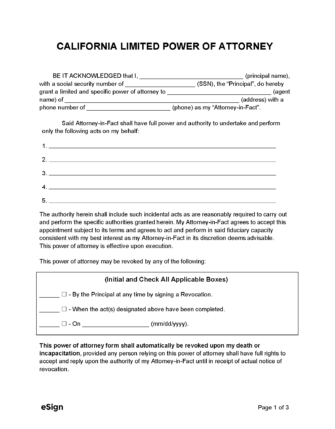 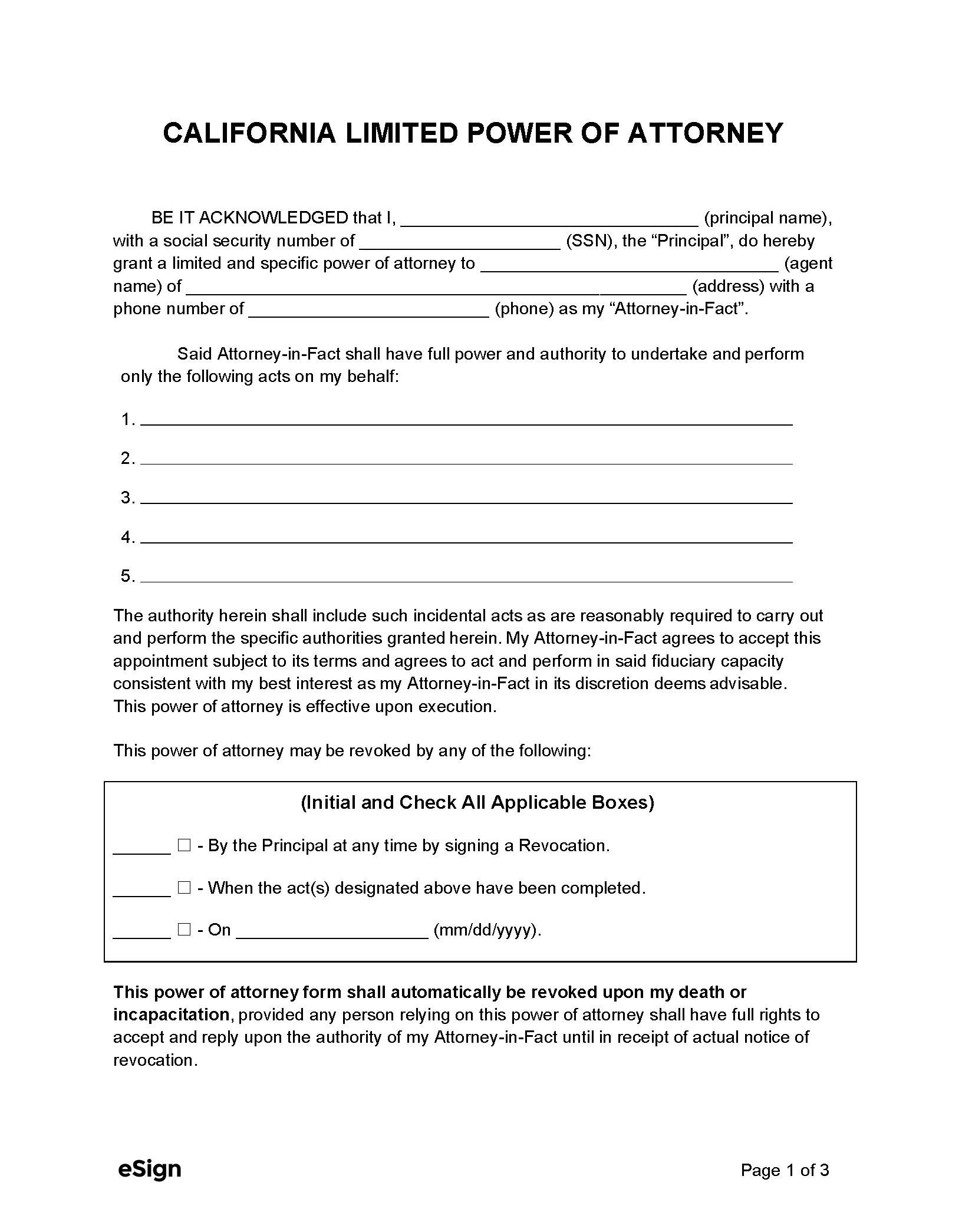