A Connecticut general power of attorney is a legal form in which an individual (the principal) selects a third-party (the agent) to act in place as their representative. The agent would then be able to carry out financial, property, or business duties with the same authority as if the principal were doing so themselves. A general power of attorney is non-durable, meaning it is only effective if the principal is able to represent themselves with mental intelligibility. This document requires the signature of two (2) witnesses and a notary before it can be deemed valid.

Durable Power of Attorney – This document serves the same function as a general power of attorney, except that it does not become void if the principal is incapacitated. 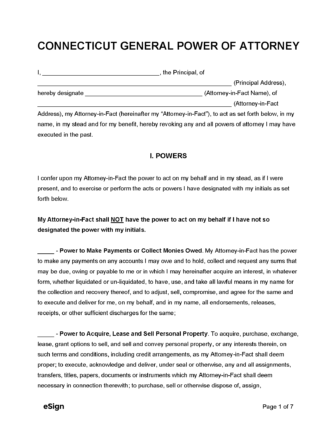 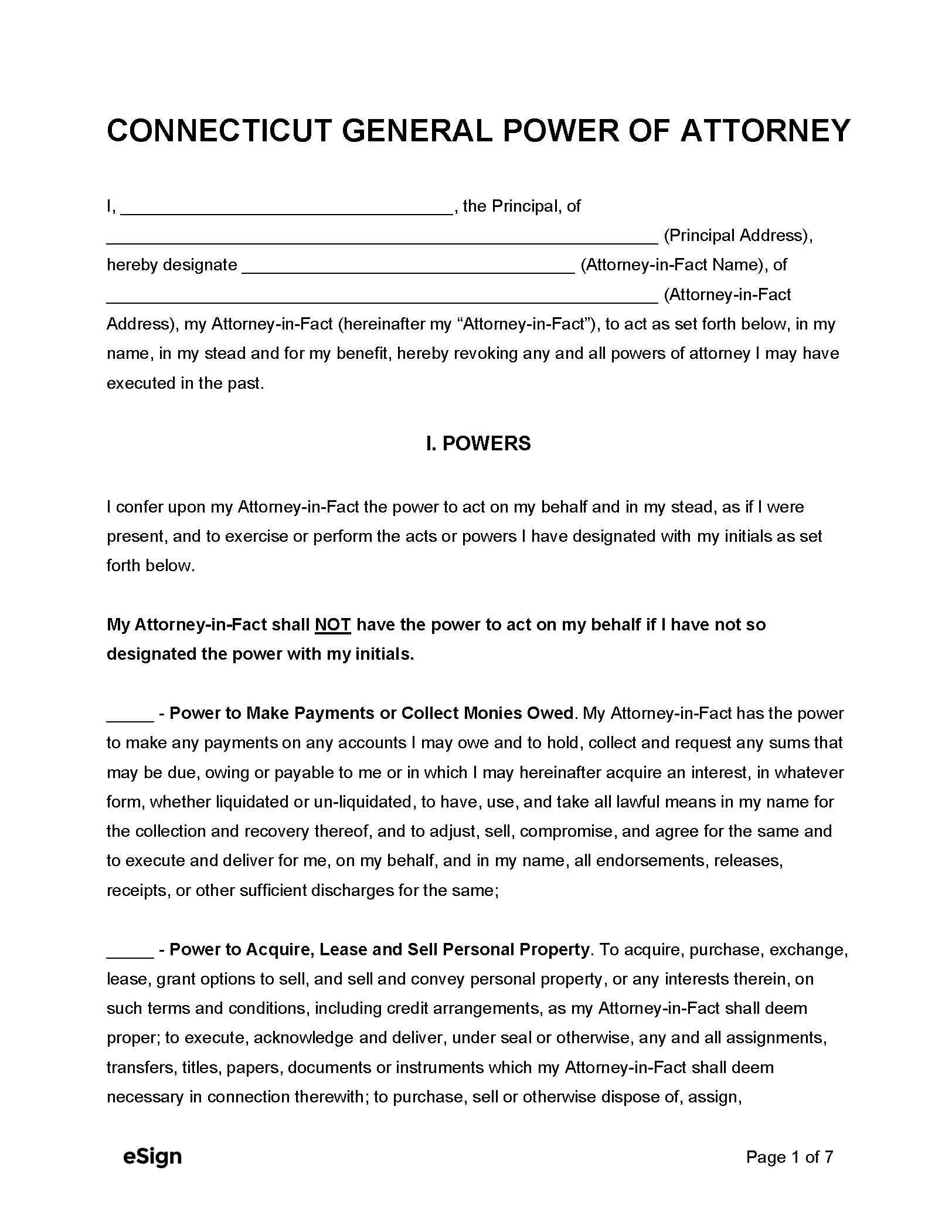