The Kansas living will is a document in which the principal declares their preference to have life-sustaining treatments withdrawn if they are in a terminal condition and communicates their preferences when they’re unable to do so themselves. This declaration ensures that the principal will not have the dying process artificially prolonged against their wishes. For life support to be withheld, the principal’s condition must be determined to be incurable by two (2) physicians. The form must be signed in accordance with state statutes to be valid.

“Declaration” means a witnessed document in writing, voluntarily executed by the declarant in accordance with the requirements of K.S.A. 65-28,103. 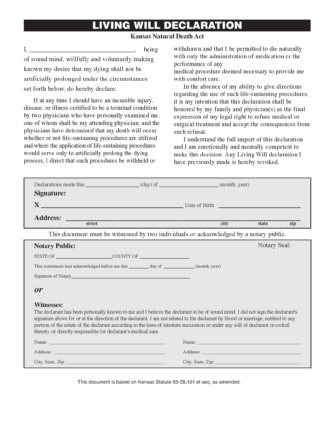 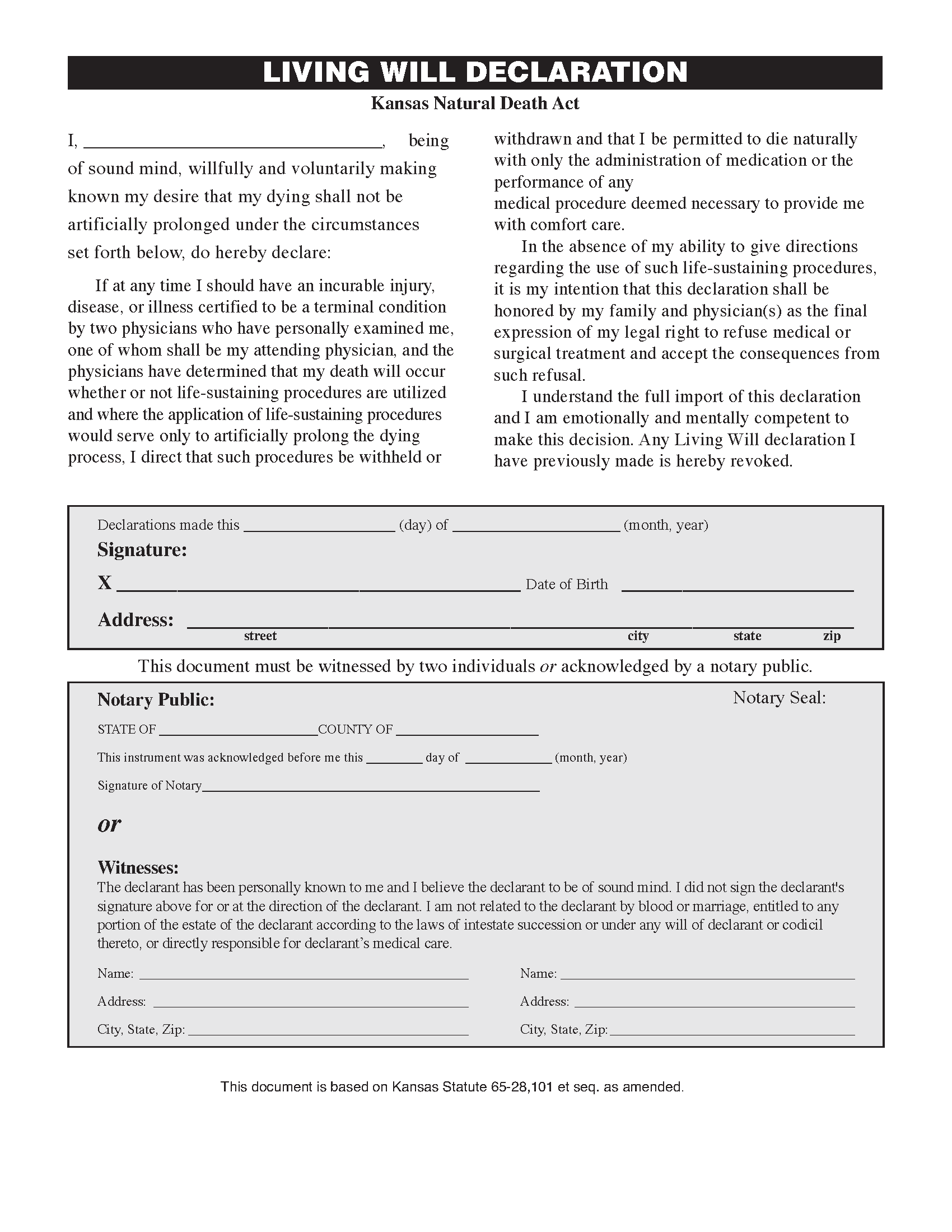