A Louisiana general power of attorney is used to appoint a mandatary (a.k.a., “agent” or “attorney-in-fact”) to carry out certain financial assignments for a principal. With a general power of attorney, or “mandate” as it’s called in Louisiana, the mandatary is granted broad powers that last until the document is terminated or the principal becomes incapacitated. While the mandatary’s responsibilities may vary, they are generally authorized to sign legal paperwork, deposit checks, hire contractors, sell real estate, and otherwise manage the principal’s affairs.

Louisiana does not impose a statutory signing requirement for non-medical power of attorney forms such as this. However, the principal is advised to sign the document in the presence of two (2) witnesses and a notary public.

Durable Power of Attorney – Unlike a general power of attorney, this form will remain in effect if the principal becomes incapacitated (i.e., loses their ability to make decisions). 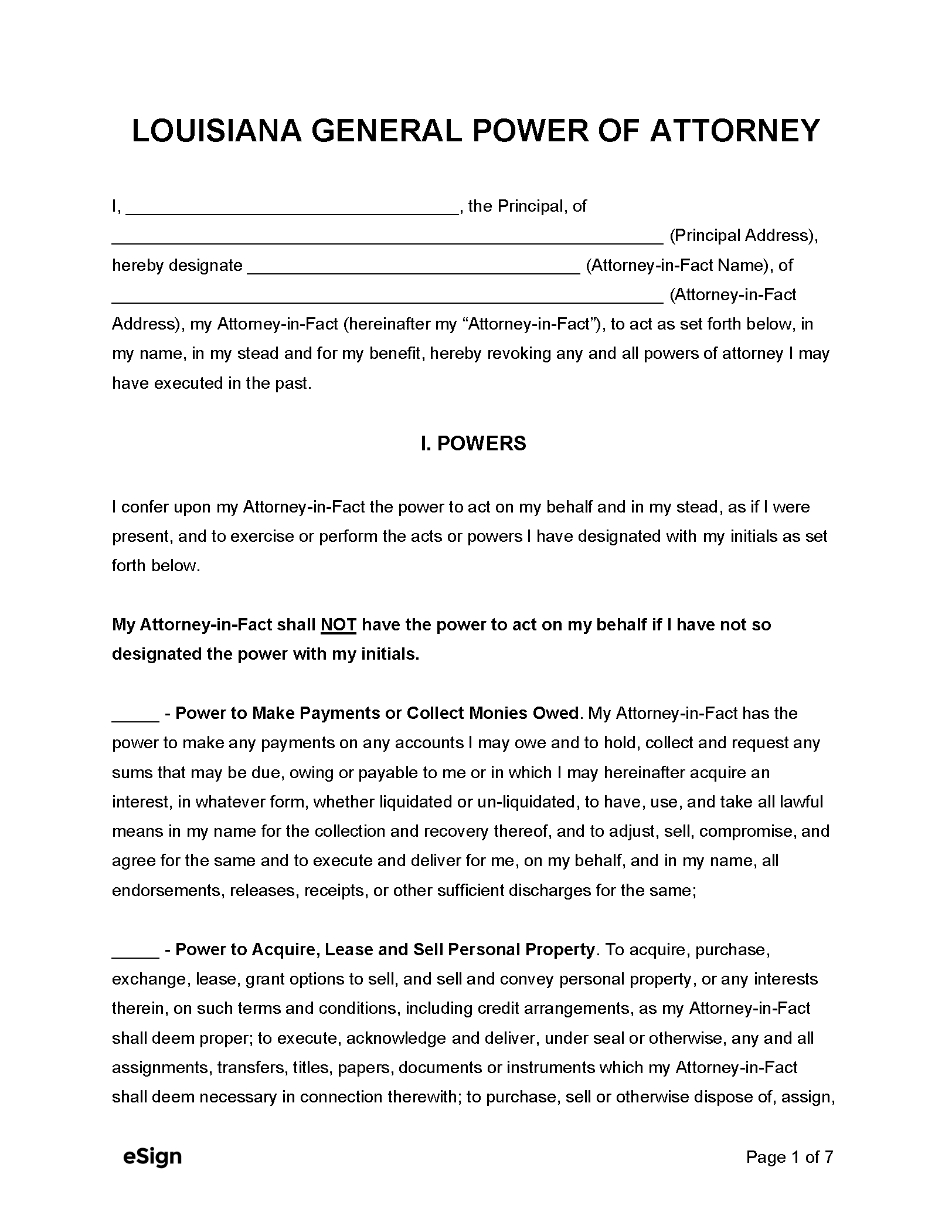