A Utah limited power of attorney is a form that authorizes a representative (referred to as an agent or attorney-in-fact) to perform specific duties for the principal (person who executed the document). Unlike some other types of powers of attorney, the agent named in an LPOA only has the ability to act on the principal’s behalf for particular tasks and assignments. Some of the powers granted to an agent could be withdrawing and depositing money, managing real and personal property, or hiring and firing individuals under the principal’s employ.

A limited power of attorney doesn’t normally endure after the principal’s incapacitation, but the principal may elect to maintain the document’s validity until they sign a revocation form. Otherwise, the document will terminate upon a particular date or the completion of the agent’s duties. 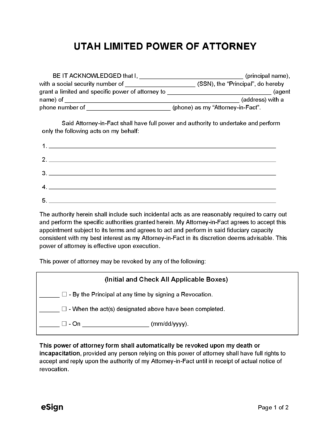 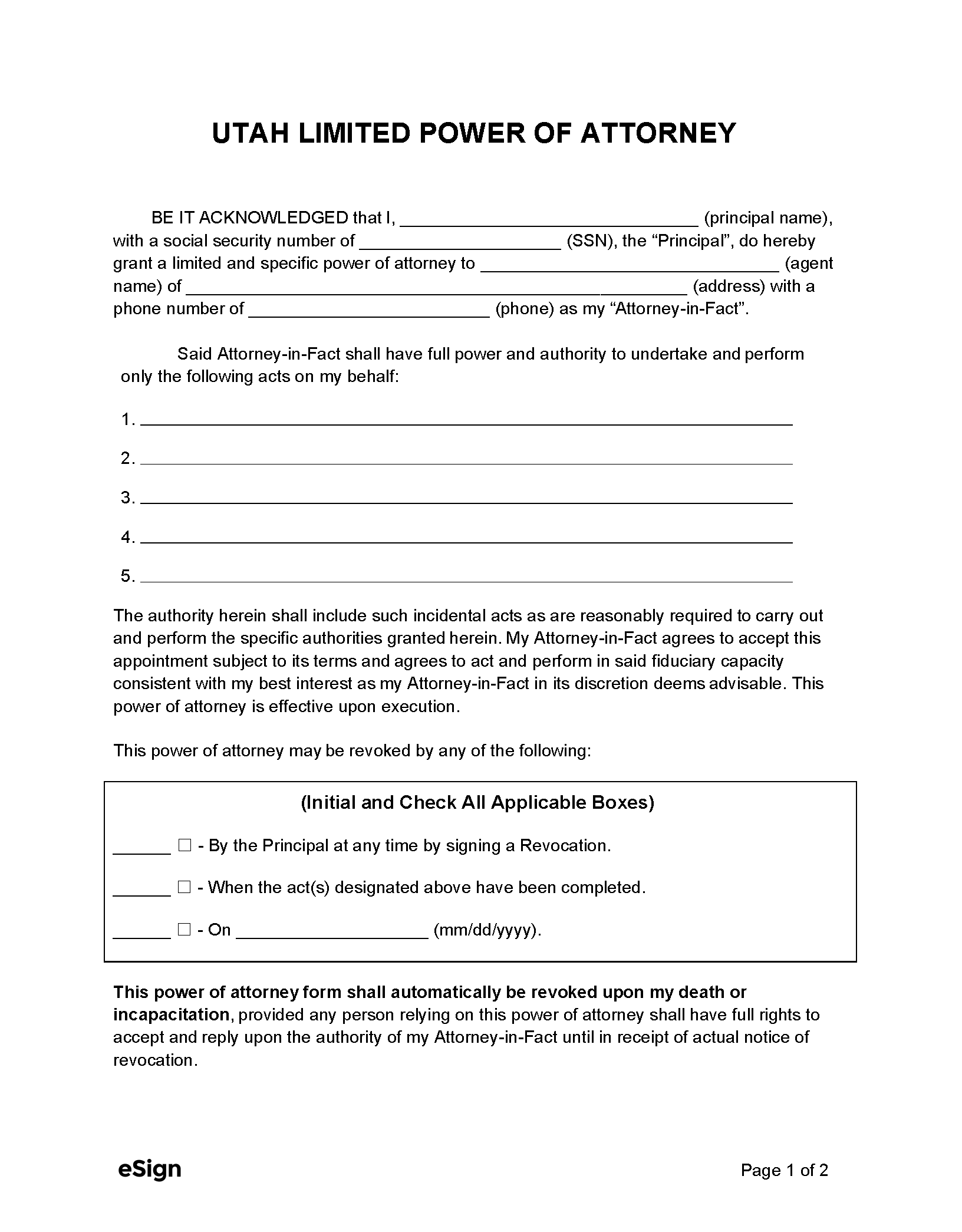