A Montana minor (child) power of attorney should be executed when a parent or guardian of a minor needs to delegate their parental authority to another individual temporarily. This power of attorney is often used when the minor’s parent or guardian will be away for an extended period of time due to incarceration, immigration issues, or military duty.

The parent or guardian must indicate in the document the powers that will be entrusted to the selected individual. Regardless of the exact powers granted, the power of attorney can last no more than six (6) months before it will need to be renewed; however, this term does not apply if the parent/guardian is an active member of the United States military, the national guard, or the federal reserves who has served for at least 180 continuous days. 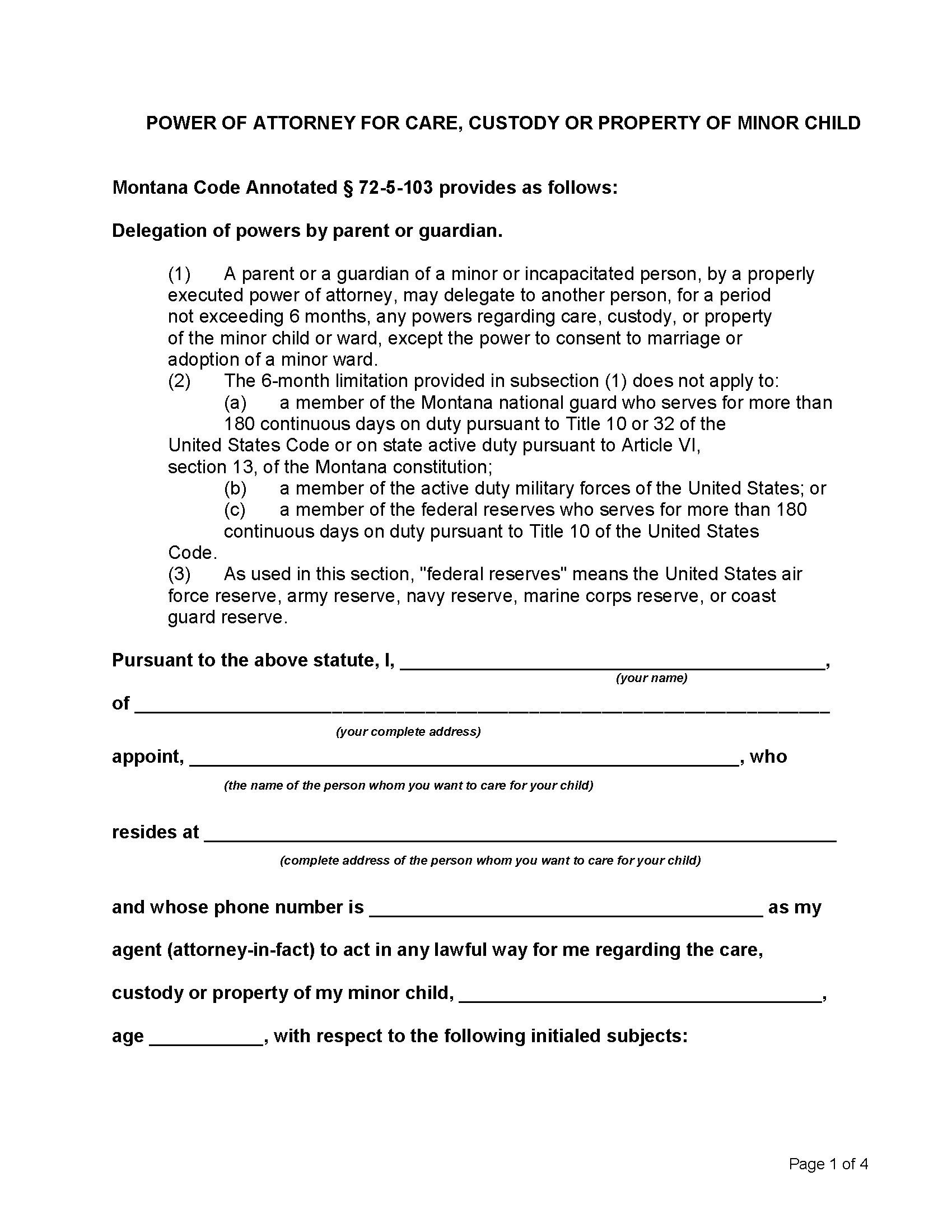