A Tennessee general power of attorney is a document that an individual (the “principal”) executes to authorize an agent to act on their behalf. The “general” component of the arrangement refers to the wide range of powers that the agent will be given to control the principal’s property, finances, and business interests. The power of attorney will terminate if the principal issues a written revocation, if they become mentally incapacitated, or on a termination date listed in the document. It is recommended that the principal’s signature be signed before and acknowledged by a notary public.

Durable Power of Attorney – Grants powers of attorney to an agent that remain or become effective in the event of the principal’s incapacitation. 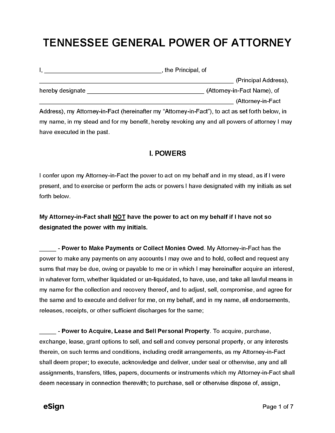 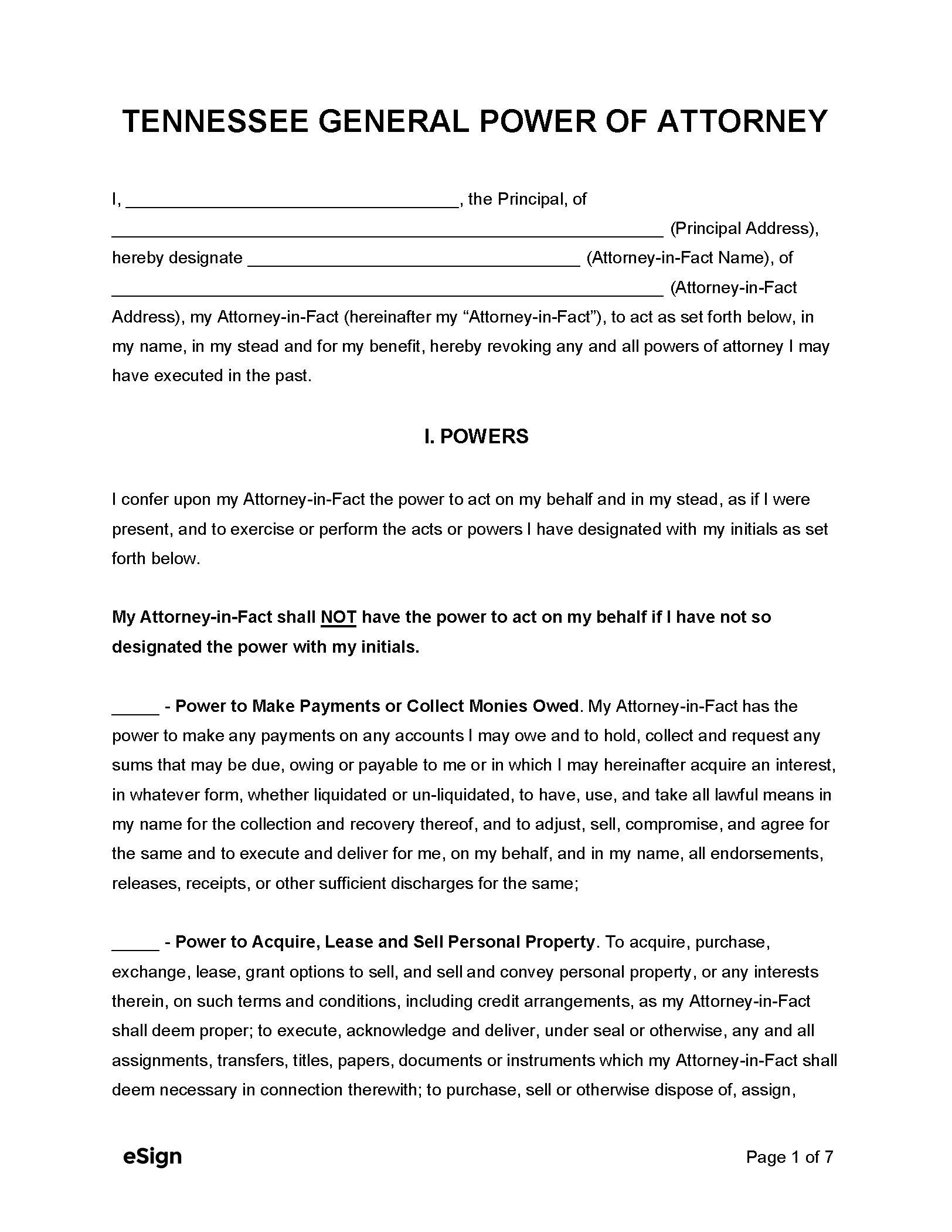