A debt forgiveness letter is sent to a consumer informing them that they are no longer obligated to pay a portion (or the entirety) of their debt. It differs from a debt release letter in that it is sent to those still in debt, not those who have recently paid off their deficit.

While a creditor could forgive debt for many reasons, the most common is that the value of the debt isn’t worth pursuing. Debt forgiveness often comes after the debtor has missed several payments and before the creditor sends the debt to collections. 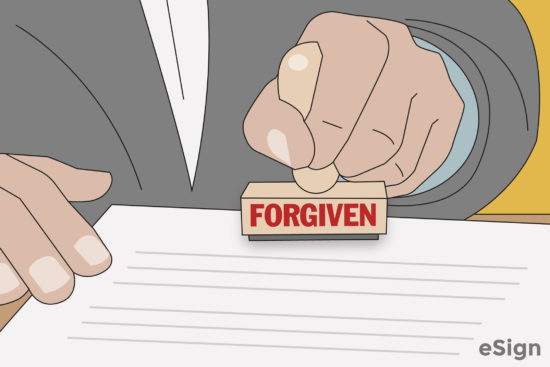 We are contacting you today regarding your debt in the amount of [AMOUNT (IN WORDS)] DOLLARS ($[AMOUNT (NUMERICALLY)]) for the following: [DESCRIBE REASON FOR DEBT].

Due to extenuating circumstances, combined with the amount of the debt you owe, we have taken it upon ourselves to completely relieve you of this debt.

As we have cancelled your debt, please accept any future attempts we make to collect a debt. Thank you for being a loyal customer of ours.

Instructions (How to Write)

The sender’s full name should be written on the first line under “From,” followed by the name of the creditor/collection agency company. The last two lines are for the address of the sender.

Enter the date (mm/dd/yyyy) the letter is being sent to the recipient.

The sender should sign their name above the line “Signature.” Although this is optional, signing the letter is recommended as it adds to the document’s credibility. The signature can be written by hand or by using eSign. Under the signature, the sender should write their full name, followed by the title they hold at the company. 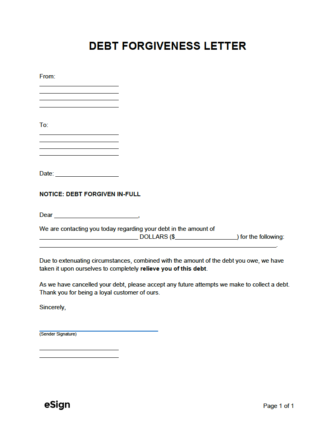 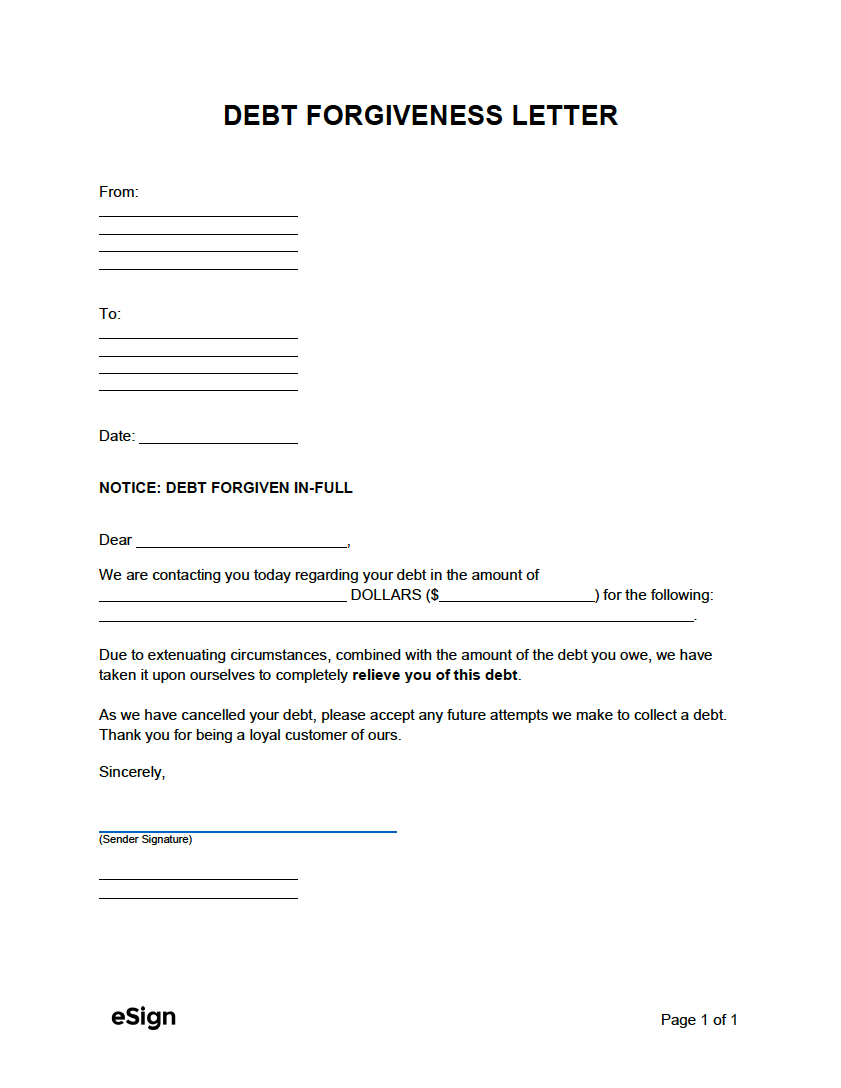