A Kentucky promissory note defines the terms under which an individual is required to repay borrowed money to a lender. Functioning similarly to an IOU, a promissory note provides written proof that a debt exists and that the sum of money must be refunded on a specific date. However, unlike an IOU, a promissory note may also stipulate interest charges, collateral requirements, and penalties for late payment. The borrower should fully understand the loan obligations and risks thereof, as they will be legally bound to the document’s terms after signing.

When establishing the loan’s interest rate, the lender must adhere to the maximum rates permitted by law. Charging rates above the legal limit is considered “usurious” and may leave the lender liable to pay twice the interest previously paid by the borrower.

Secured Promissory Note – Contains a borrower’s written promise to pay back a loan that has been backed by collateral.

Unsecured Promissory Note – In this note, the borrower’s promise to pay is not supported by a pledge of collateral to the lender. 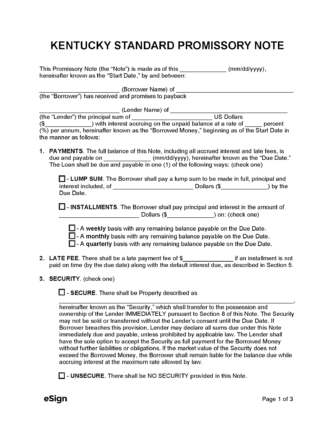 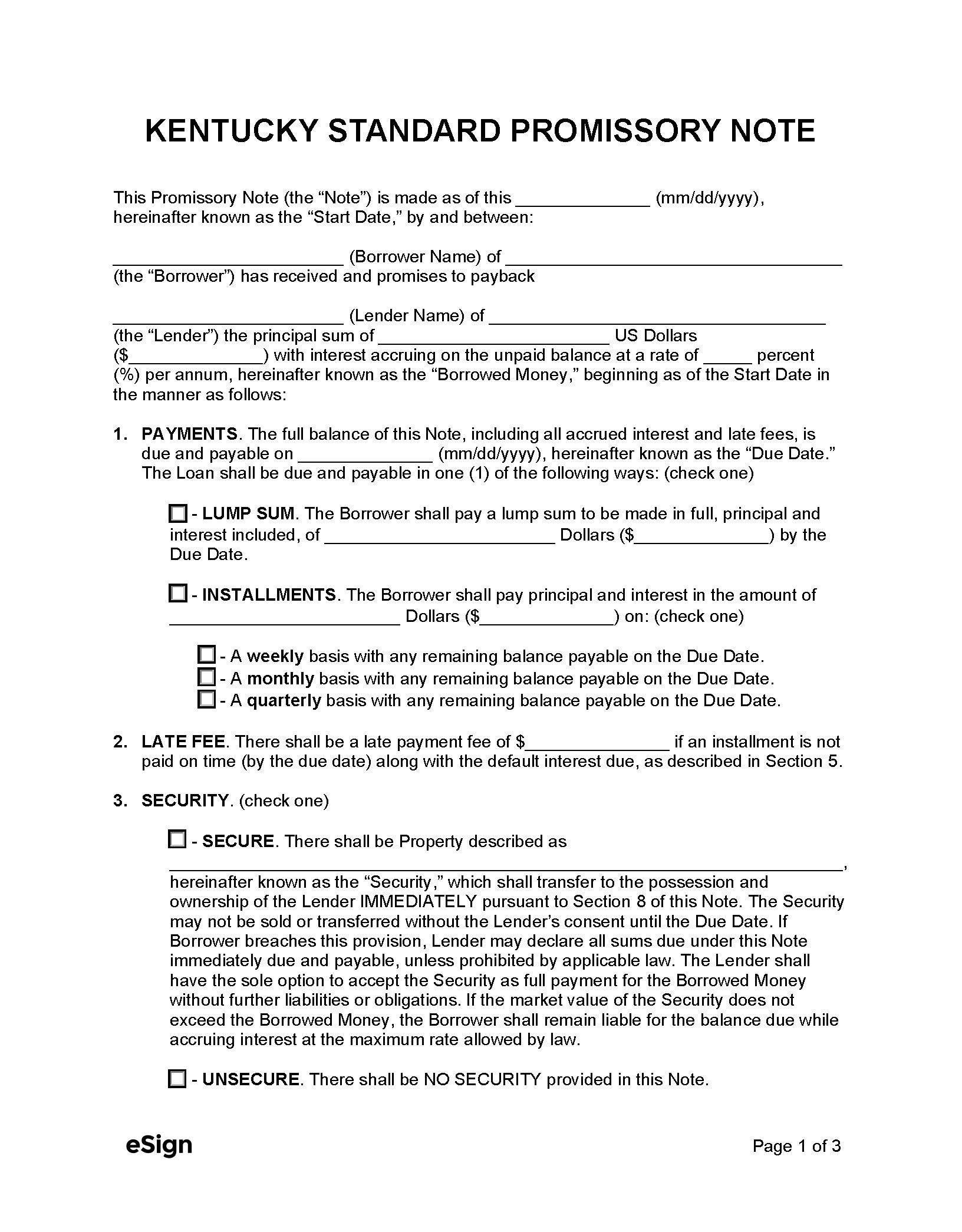