A Colorado non-compete agreement allows a company owner to temporarily restrict the signing party’s ability to work in a similar field. In Colorado, non-competes between an employer and their employee are mostly void, with the exception of “highly compensated workers” or employees who received specialized job training. Generally speaking, these contracts are only permitted in the purchase of a business to prevent the seller from forming a similar company. For an agreement to be enforceable, the preparer must prove it to be reasonable in duration and geographic scope.

A non-compete agreement can be enforced in the purchase of a company to limit the seller’s ability to create a similar business.[1] In general, non-competes between an employee and employer are unlawful, though a few exceptions are permitted.[2] Non-competes that fall under one of these exceptions must be proven by the owner of the agreement to be reasonable in duration and area.[3]

While there is no legal time limit determined by Colorado statutes, previous court cases have determined that the following requirements must be met for the contract to be deemed valid:

“1. The terms must be reasonable;
2. They must not impose undue hardship; and
3. The must be no wider than necessary to afford the required protection.”[8][9]

Colorado courts have upheld agreements imposing restrictions ranging from one (1) to five (5) years.[10][11]

Non-compete agreements that do not specify a geographic restriction are not enforceable.[12] The same metrics used to determine the reasonableness of the duration of the non-compete will also apply to the geographical limit.[8][9]

The reasonableness of the restrictions will be determined case-by-case based on the circumstances of the parties and the terms of the contract. Larger radiuses have been approved using Colorado law, as one federal court ruled to uphold a restriction that covered the entirety of the U.S.[13]

Is blue penciling allowed in Colorado?

Nonetheless, the court has the right to deny a party’s request for a revision and void the contract altogether. 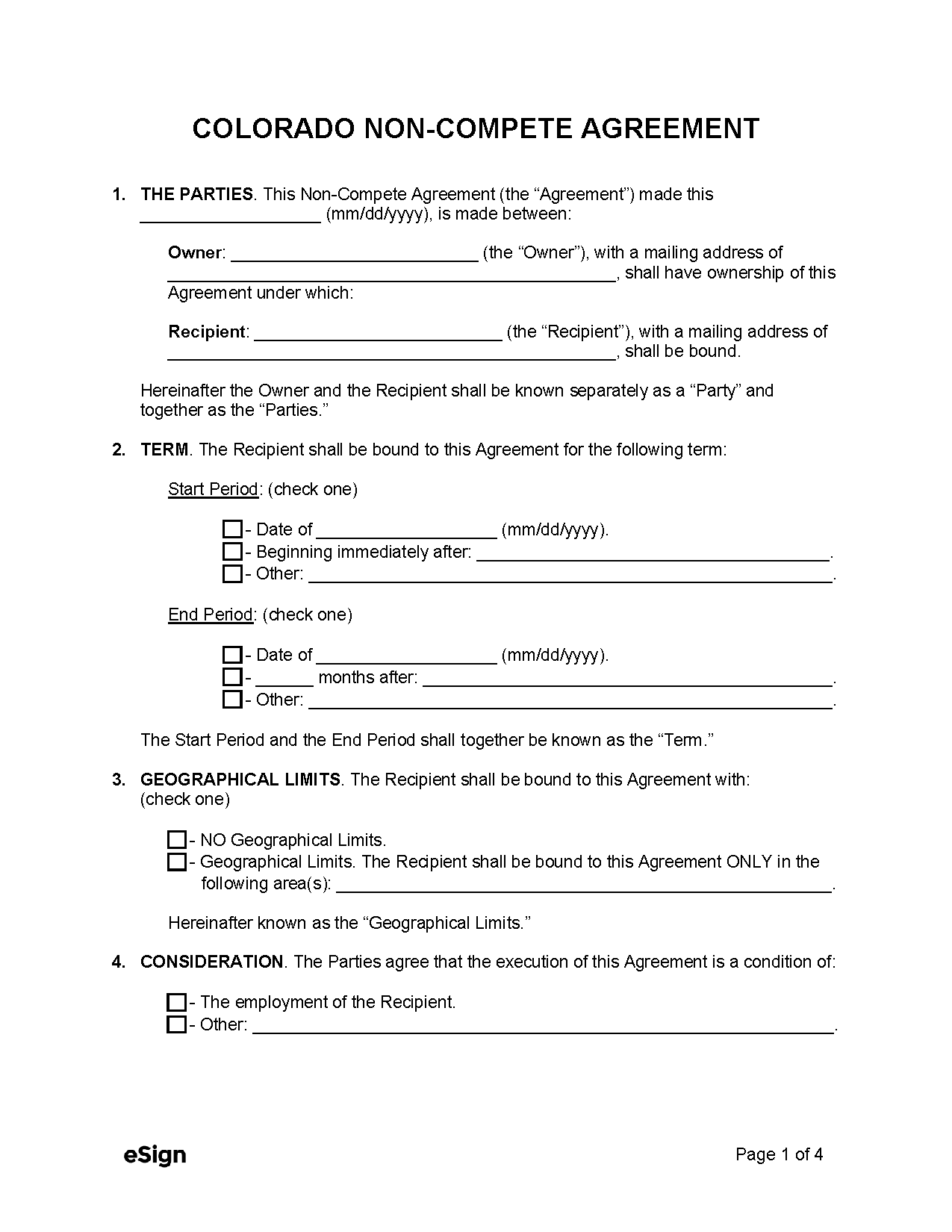