A non-compete agreement prohibits one party from competing with another party (usually an employee and their employer) in a professional/business capacity for a certain length of time. After employment has ended, the employee is restricted from working in the same industry as their employer, whether on their own or with a direct competitor.

Non-Disclosure Agreement (NDA) – Often completed in conjunction with a non-compete, an NDA prevents one (1) or more parties from disclosing confidential information to third parties.

What is a Non-Compete Agreement?

A non-compete agreement is a business contract that restricts an employee from competing with their employer. A business that holds a unique competitive advantage can go about protecting its position by having employees sign a non-compete. The organization can’t make it mandatory for employees to sign one (or anything, for that matter), but they can “let go” or refuse to hire someone that doesn’t agree to enter into the contract. This in itself serves as a benefit for companies, as it gives them a means of identifying current employees and applicants that would potentially endanger the business’ success in the near or distant future. A non-compete is also commonly used when a person or entity purchases a company. This is to prevent previous owners from using their insider knowledge to compete with the business they just sold.

How to Use a Non-Compete

Step 1 – Determine Who It’s For 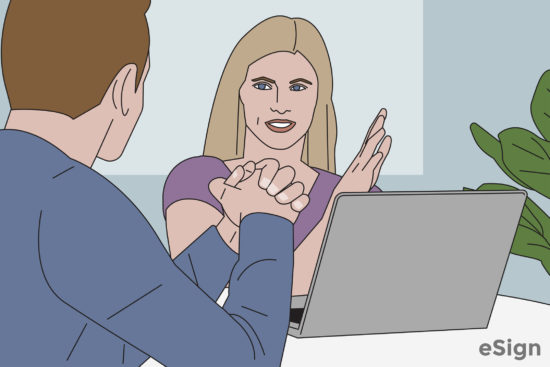 An employer shouldn’t issue a non-compete as a blanket form for all employees. Doing so shows a lack of planning on behalf of the employer, and can result in a non-compete that isn’t enforced by the courts. The only employees that should be asked to sign the form are those with direct access to or knowledge of the company’s trade secrets, proprietary information, or competitive advantages. 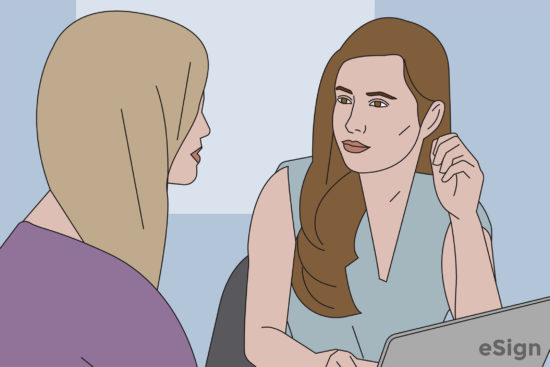 In order for a contract to be binding, something must be given in return to the person that signs a non-compete, which is called “consideration.” For newly hired employees, the consideration would be getting hired for the position they applied for. If they don’t sign the form, the employer can deny them the job. However, for current employees, another type of consideration must be provided as they already hold a position at the company. To remedy this, the employer can provide a monetary guarantee for the employee (such as a bonus or raise), or they can offer the employee different job duties or a new position entirely. 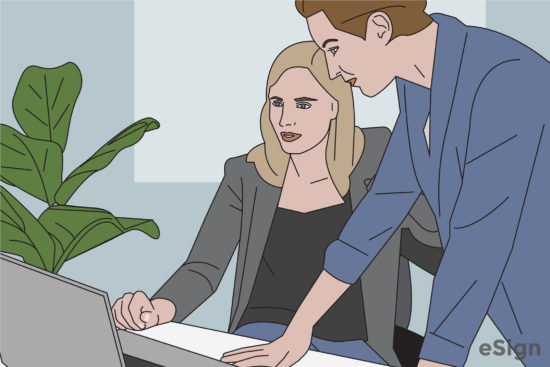 Provide sufficient details in the form to cover exactly what industries, employers, or actions the non-compete is limited to. For example, if an employee works in sales for a computer distributing company, the hiring entity would restrict the employee from soliciting their clients for a direct competitor. The leads and connections the salesman made count as the intellectual property of the employer, which they have every right to protect. On the other hand, preventing a computer technician from working as a plumber in a similar business would be considered illegitimate due to their experience/knowledge not being a threat to their previous employer.

Step 4 – Keep it Bound to a Specific Area 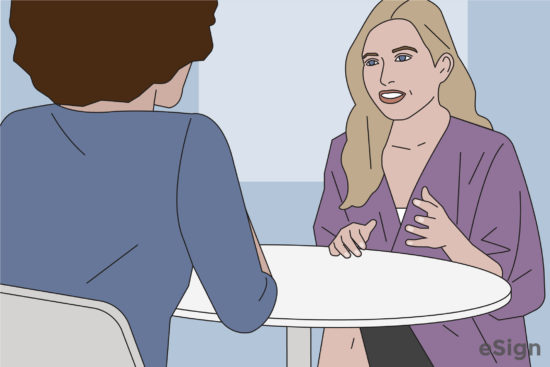 Companies that provide services to a specific area, such as a town, county, or state can specify the jurisdiction to which the non-compete applies. For example, a marketing company that provides branding and logo design services in Tampa, Florida, could prevent the employee from working for another marketing company in the city. However, increasing the jurisdiction to the entire state could be harder to enforce, and thus reduces the effectiveness of signing the non-compete to begin with.

Takeaway: The range that the non-compete covers should be conservative, and only cover what is absolutely necessary. 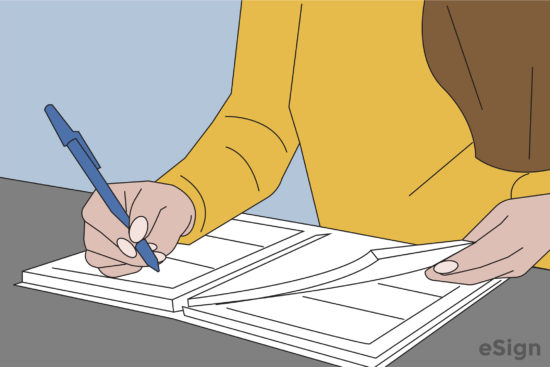 An expiration date is one of the most important provisions of a non-compete agreement. Other than the mistake of not having consideration, a contract that doesn’t terminate within a reasonable time frame will be thrown out by a court of law. According to MacElree Harvey, a duration of six (6) months will be considered reasonable for the majority of industries. However, the recommended time frame will vary according to the industry and specific information the company is looking to protect. If the issuing entity can justify a non-compete period of three (3) years, a court may very well enforce it up to that point. 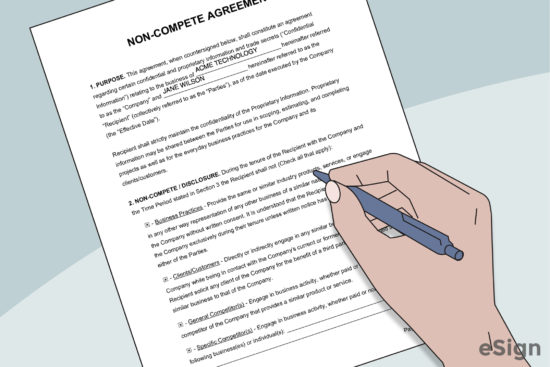 Once all of the above steps have been completed, the document will be ready to sign. If the employer feels it’s necessary, they can have the document notarized. While entirely optional, the Notary Public proves the employee signed the form, entered into the agreement willingly, and knew what they were signing. Once signed, a copy should be provided to the parties that sign it.

An agreement is only as good as its ability to uphold the employee to their written promise. As far as non-compete agreements go, there are several things one should keep in mind when drafting up their own.

Don’t put too much trust in it – Securing information and retaining worthwhile employees is a never-ending endeavor. A non-compete agreement, while useful, shouldn’t be given too much weight. The company should be very selective in regard to providing confidential information to employees; keeping a list of who has what information and putting effort into their digital security are a couple of ways to maintain trade secrets.

Have a plan if they breach the contract – The employer can take several steps depending on the severity of the employee’s breach, among other factors. The employer should determine ahead of time whether they will use such tactics as cease and desist letters, litigation, or dispute resolution.

In the first of the two (2) fields provided, enter the name of the business that is creating the agreement (the “Company”). Then, provide the full name of the employee or business entity (the “Recipient”).

Here, the company can specify exactly what the recipient can’t engage in after their departure from the company. At least one (1) field needs to be checked. The company can check all boxes if they so choose. If “Specific competitor(s)” is checked, the exact individuals and entities must be listed on the two (2) lines provided. 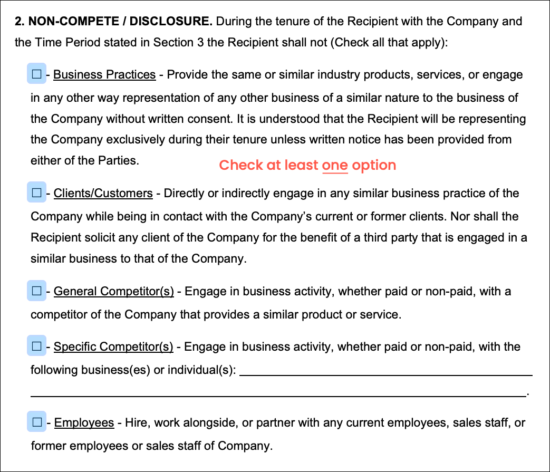 Establishing how long the recipient will be bound to the contract after it goes into effect is very important. In the first field, enter the number of years the contract will remain in effect. Then, enter the number of months. For example, if it’s active for 2 years, put “0” in the month field and “2” in the year field. Alternatively, if it’s only effective for six (6) months, write “0” in the year field and six (6) in the month field.

Because litigation is so expensive, it’s often cost-effective for employers to provide their employees with a simple “way out” of the contract should they breach it. However, this should only be selected if the information the employee could share would not do irreversible damage to the employer. Why? If the employee sees they can share information and only have to pay a penalty for sharing said info, they could see the trade secrets or other knowledge as being dispensable by their employer. If permitting the “Purchase Option,” check the first box and write the dollar ($) amount the employee would need to pay in order to void the contract. The first field is the word-for-word amount (e.g., “Five-thousand”), and the second field is the numerical amount (e.g., “$5,000”). If the employer does not want to include this option in the agreement, check the second box.

The four (4) lines shown below provide the employer with a means of establishing the geographical area in which the agreement is binding. Be very descriptive here, and provide as much information as possible. Actually name the specific towns, counties, and/or areas that are off-limits. In other words, upon the agreement’s execution, the recipient cannot be employed by a direct competitor located within that area. Alternatively, the employer can specify a certain perimeter (in miles or kilometers) that is blocked off.

This is for establishing the state laws by which the agreement will be governed. Should there be a breach of contract, the laws of that state will be interpreted and will impact the result of any court decisions. Be sure to read up on state laws prior to signing.

In the date area, provide the day, month, and year in which the contract will go into effect. If the parties will be notarizing the document, they will need to hold off on signing until in the presence of a Notary Public. If they will not be notarizing their signatures, the parties can go ahead and sign. Both the company and the recipient will need to enter the following information: 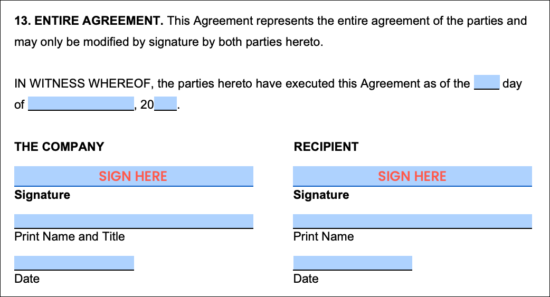 If desired, the non-compete agreement can be notarized. The section on the bottom of the last page will be completed by the Notary only – do not write in any of the fields. Notary services can be found by searching for “nearby notary public” using Google Maps or through eSign. Note that a webcam is required for online notarization, as well as a one-time $25 fee. 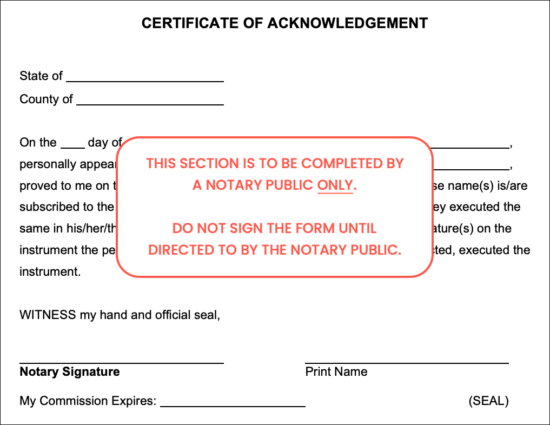 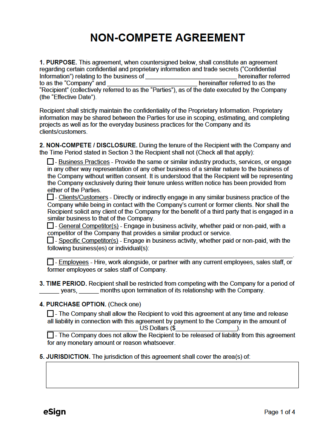 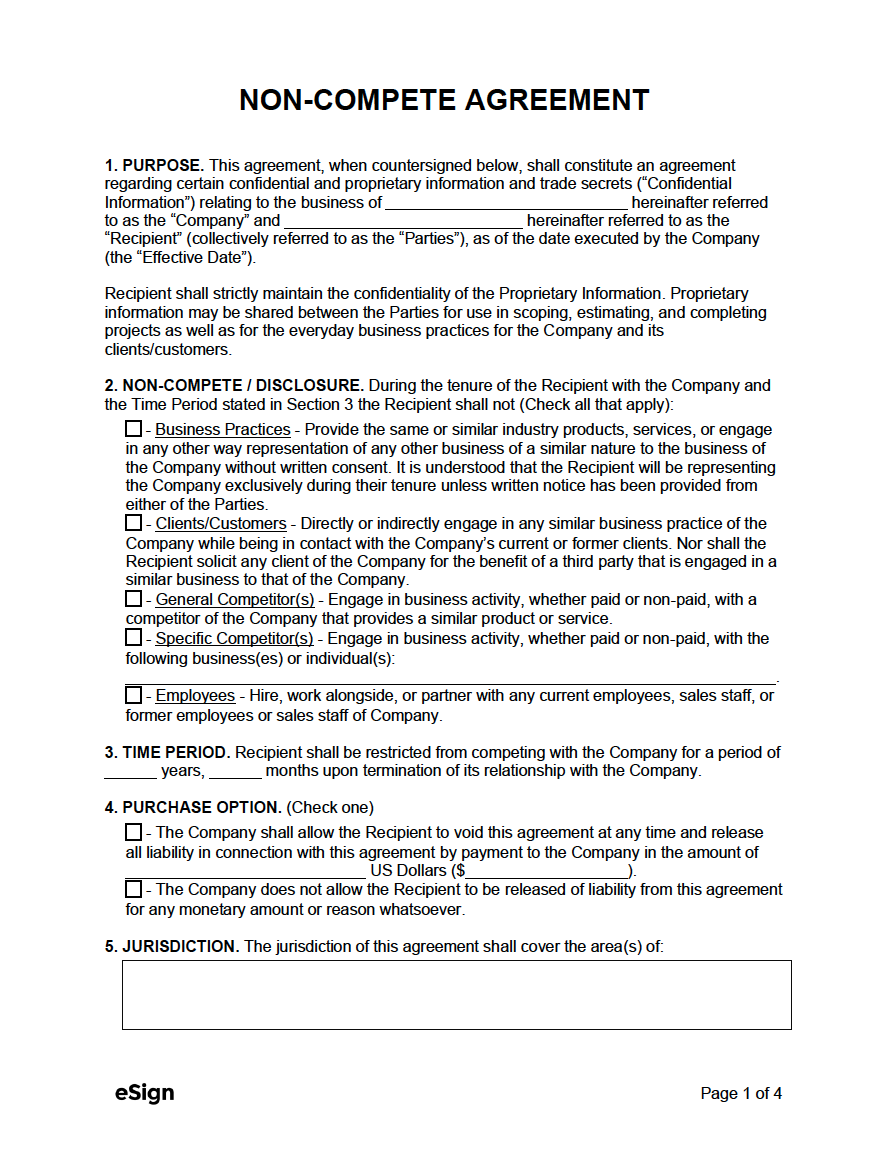