A New York non-compete agreement limits employees from finding work with their employer’s competitors once their business relationship terminates. Most of these contracts are limited to certain time restraints and geographical areas, the exact length, and distance of which will need to be established in the agreement provisions. The agreement must also list the consideration (benefit) the employee will receive for signing, or it will be deemed unenforceable; this may come in the form of the initial employment itself, financial compensation, or an increase in skill or professional status.

Non-compete agreements are enforceable in New York, although they are generally disfavored by state courts for their restraint on trade. For a non-compete to be deemed enforceable, it must meet the following criteria:

An exception to the above criteria is the “employee choice doctrine,” which states that when the employee has a choice not to compete and retain post-employment benefits or compete and lose those benefits, the court will enforce the non-compete regardless of reasonableness.[3]

Longer terms are also upheld under certain circumstances. In the case of John Hancock Mut. Life Ins. Co. V. Austin, the court determined a two (2) year covenant was reasonable because it was limited in time and geographical scope and did not overly burden the former employee nor the public.[10]

Restrictive periods of up to five (5) years have been enforced as well, as was the case when a physician was barred from competing with his former medical partnership for that duration.[11]

No state statute limits the geographical area of a non-compete agreement, and New York courts take the facts of each case to determine the reasonableness of these restrictions.

In one case, a nationwide restriction was deemed unenforceable due to the fact that the employer was only operating in eight (8) states.[12] While a physician was banned from practicing within a 30-mile radius of the village where his partners practiced unless otherwise permitted in writing.[11]

Due to technological advancements and global competition, New York courts have been known to enforce broad geographic restrictions. In one case, a nationwide rule was enforced because the former employee could conduct his business anywhere there was a telephone.[13]

A non-compete agreement must be supported by sufficient consideration that benefits the employee. This may come in many forms, including:

New York Non-Solicitation Agreement – A contract that prohibits the solicitation of a business’s customers by an employee or other entity.

However, if the court determines that a non-compete was purposefully made overbroad by an employer, the court may decline to blue pencil the agreement, making it unenforceable.[17] 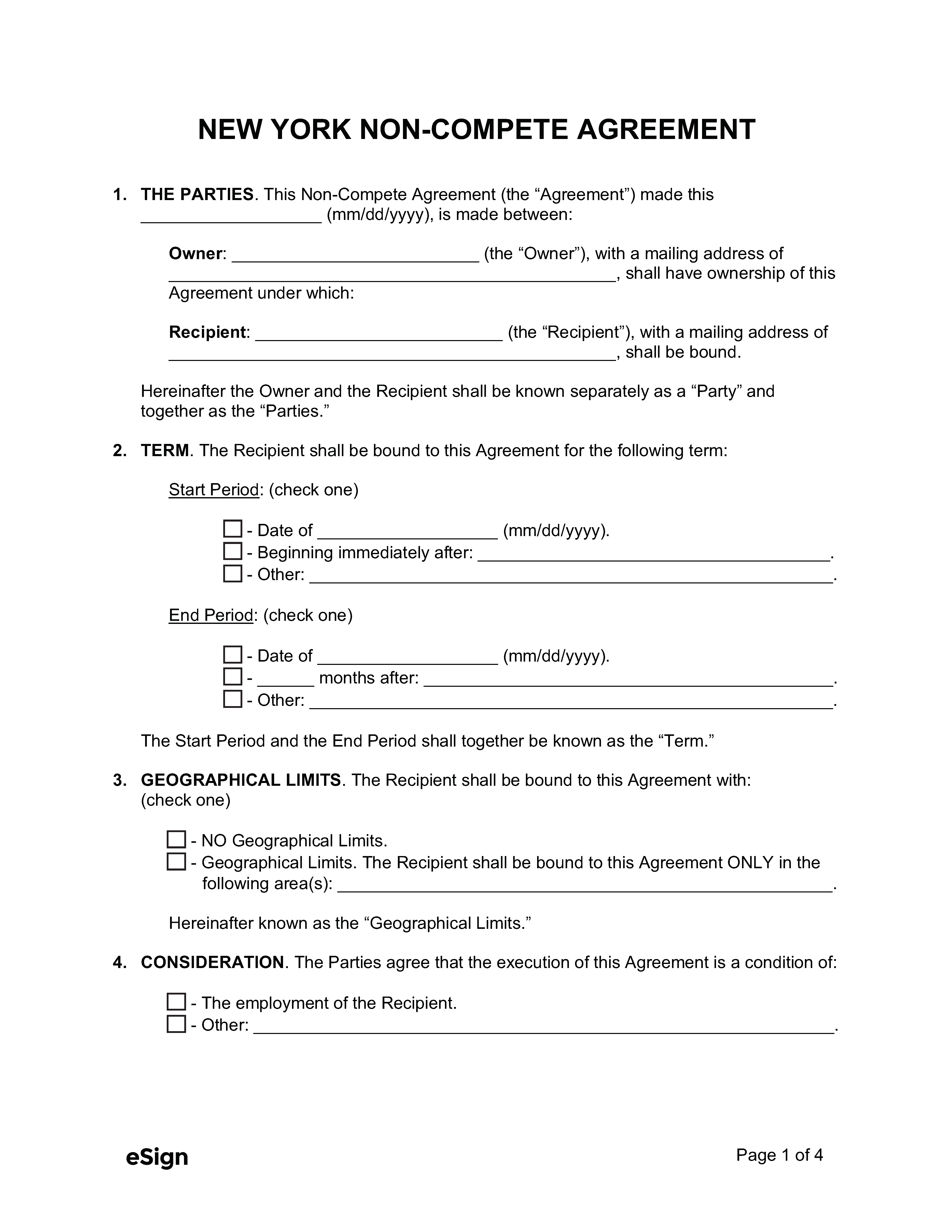