In Connecticut, a non-compete agreement can be enforced to protect an employer from unfair competition from a former employee (except in certain areas of work). The courts will decide to enforce an agreement by evaluating five (5) criteria:

“1. The length of time the restriction operates;
2. The geographical area covered;
3. The fairness of the protection accorded to the employer;
4. The extent of the restraint on the employee’s opportunity to pursue his occupation;
5. The extent of interference with the public’s interests.”[1]

There is no statutory limit for the duration of non-compete agreement effectiveness, with the exception of those restricting a physician, which cannot exceed one (1) year.[3]

Connecticut courts also take into account the agreement’s geographic scope. A longer duration can be enforced if the radius of the prohibited region isn’t too large.[8]

Examples of time restrictions deemed reasonable by Connecticut courts include:

In Connecticut, the reasonableness of the contract’s geographic area is evaluated together with the duration of the agreement. Larger zones are more easily enforced if the agreement has a shorter period.[8]

In one case, a non-compete agreement without any specified geographic area was allowed by a Connecticut court due to the uniqueness and size of the company’s industry and, in turn, the reduced number of prospective buyers.[13]

Connecticut Non-Solicitation Agreement – Prohibits an employee from pursuing business transactions with co-workers and clients after their employment terminates.

Is blue penciling allowed in Connecticut?

Yes. An agreement may be revised by the courts if all of the following are applicable: 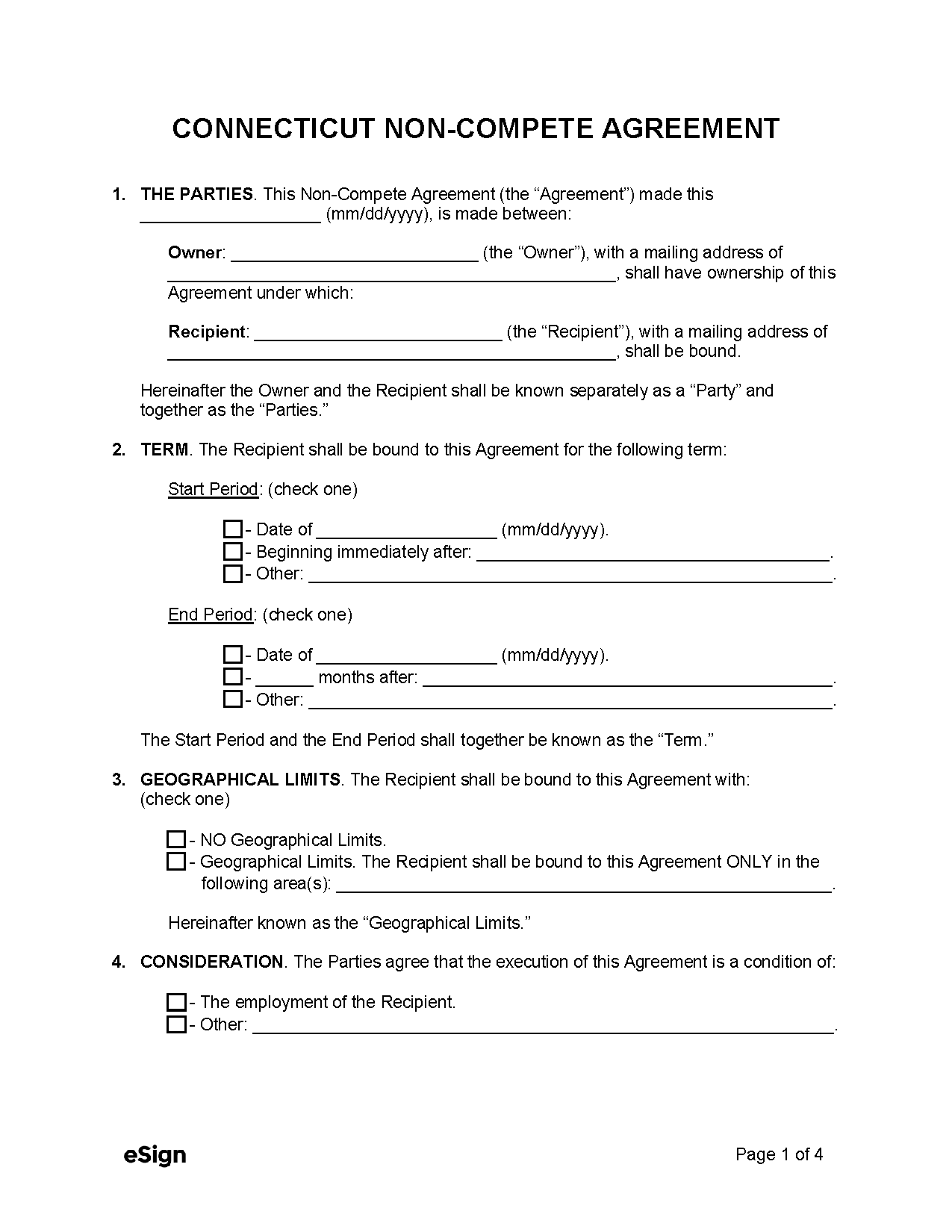