An Alaska non-compete agreement is a legal document that establishes restrictions to prevent an entity or individual from competing directly or indirectly with a business. These contracts are often implemented during a business sale or when employers want to prohibit employees from starting or joining an entity in the same industry as them. The agreement must protect legitimate business interests and can only restrict competition that would result in an unfair disadvantage to the enforcer of the agreement.

The provisions contained within the form will define the length of the agreement, describe the types of activities or behaviors that are prohibited, create a reasonable geographical scope, and ensure an equitable and legal arrangement.

Non-compete agreements are enforceable in the state of Alaska but they are not governed by state statutes. Courts of law have found some employer-employee non-competes valid and reasonable but, overall, they believe them to be a restraint on trade.[1] When an NCA is applied to the sale of a business, courts are more tolerant and will generally enforce them.[2]

A maximum time limit has not been set for employer-employee non-compete agreements by state law or common law. Courts will decide whether or not an agreement is reasonable based on the facts of the case.

In the context of the sale of a business, there are examples of Alaska courts enforcing agreements with specific durational restrictions, such as a 5-year[2] or 10-year restriction.[5]

There are no established laws governing the maximum geographical restriction of a non-compete. Alaska courts have ruled in favor of NCAs without any geographical limitations when other restrictions were established to make them enforceable, such as focusing solely on prohibiting the employee from misappropriating the employer’s information or stealing customers.[6][7]

In one case involving a business sale, the non-compete covenant restricted the recipient from practicing dentistry within a 15-mile radius of the buyer’s principal office for the first two (2) years, and then a 15-mile radius for the following three (3) years.[2]

Alaska Non-Solicitation Agreement – A binding contract used to prevent a departing employee from poaching contacts, customers, or other employees from their former employer.

Is blue penciling allowed in Alaska?

Yes. Alaska courts do use a type of blue penciling called “reformation” which enables them to alter non-compete agreements containing overly broad provisions until it is deemed enforceable (as long as the original contract was created with honest intent). This is slightly different from the standard blue pencil doctrine, which only removes language instead of modifying provisions to make them reasonable.[3] 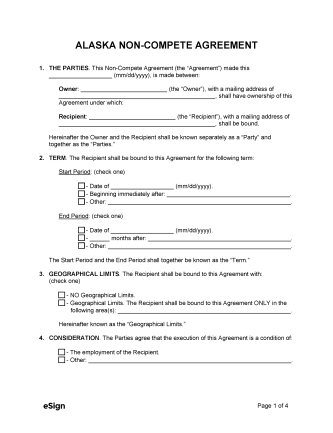 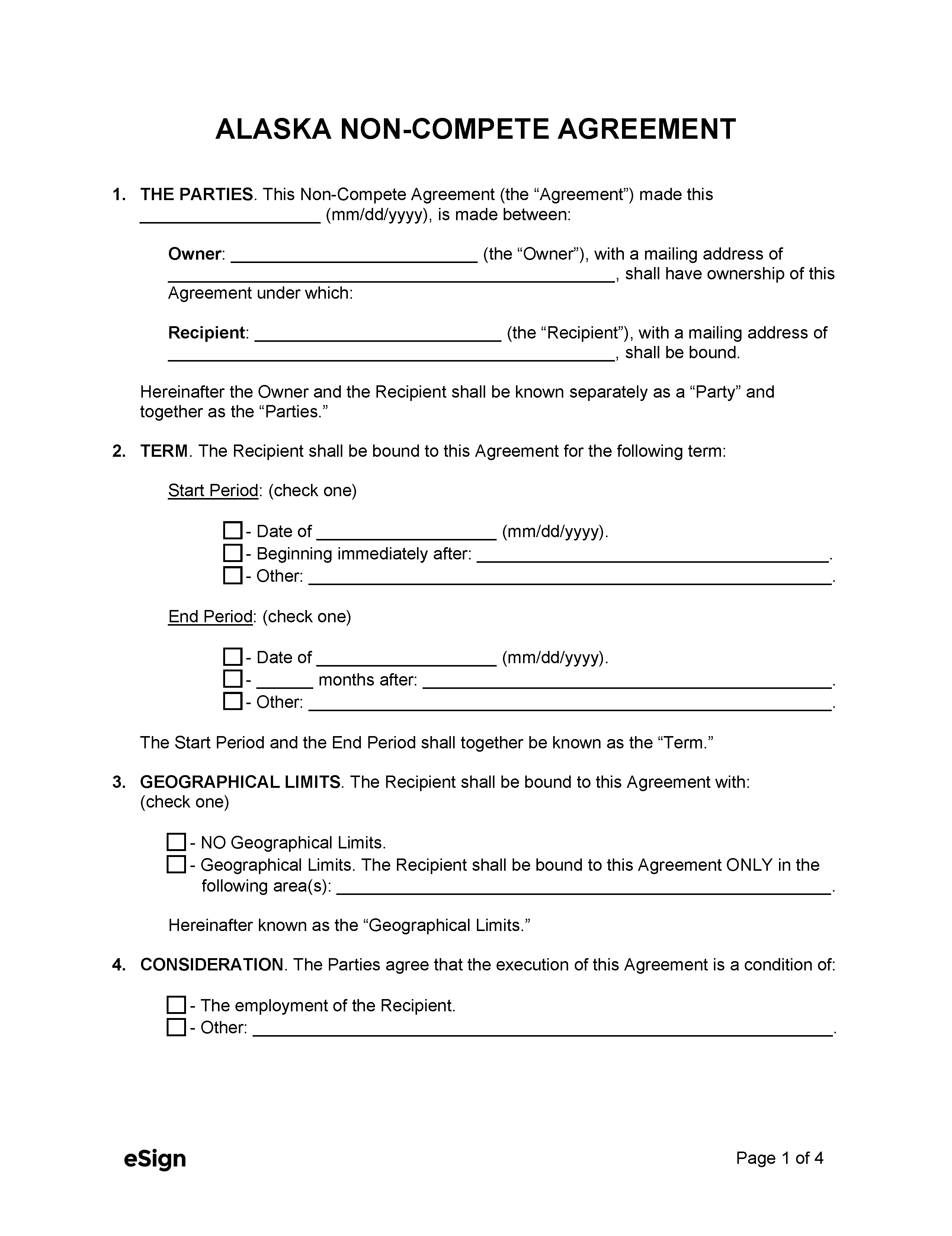