A Rhode Island non-compete agreement is a contract that restricts an individual’s ability to compete in the marketplace with another party following the end of a business relationship. The agreement is generally between an employer and employee whereby the latter cannot compete with the former for a certain time period post-termination. In addition to the time restriction, the agreement may identify specific geographical areas where the ex-employee cannot work in a similar field.

When establishing the parameters of a non-compete agreement, the party the document protects should ensure that the terms are reasonable and restrictive only as is necessary to safeguard their business. If the restrictions are excessive or unnecessarily broad, it will be difficult to enforce the contract in court.

Rhode Island statutes don’t explicitly define when a non-compete agreement may be enforced. Instead, the criteria for enforceability rely heavily on the outcome of prior court cases. A judicial precedent was set in a previous case whereby a court determined that a non-compete agreement is valid if it satisfies the following criteria:[1]

As per § 28-59-3, a non-compete agreement cannot be enforced against the following types of employees or workers:

Non-compete agreements are also unenforceable in the following circumstances involving lawyers and physicians:

The non-compete agreement should last only as long as reasonably necessary to protect the interests of the employer. In a previous court case, a one (1) year duration was enforced.[2] However, a five (5) year prohibition against purchasing products from a former supplier was found unreasonable.[3]

Adequate consideration is required for a non-compete agreement to be enforced. Continued employment has been found to satisfy this requirement.[5]

Rhode Island Non-Solicitation Agreement – Prohibits the solicitation of or engagement with employees and customers of a business. 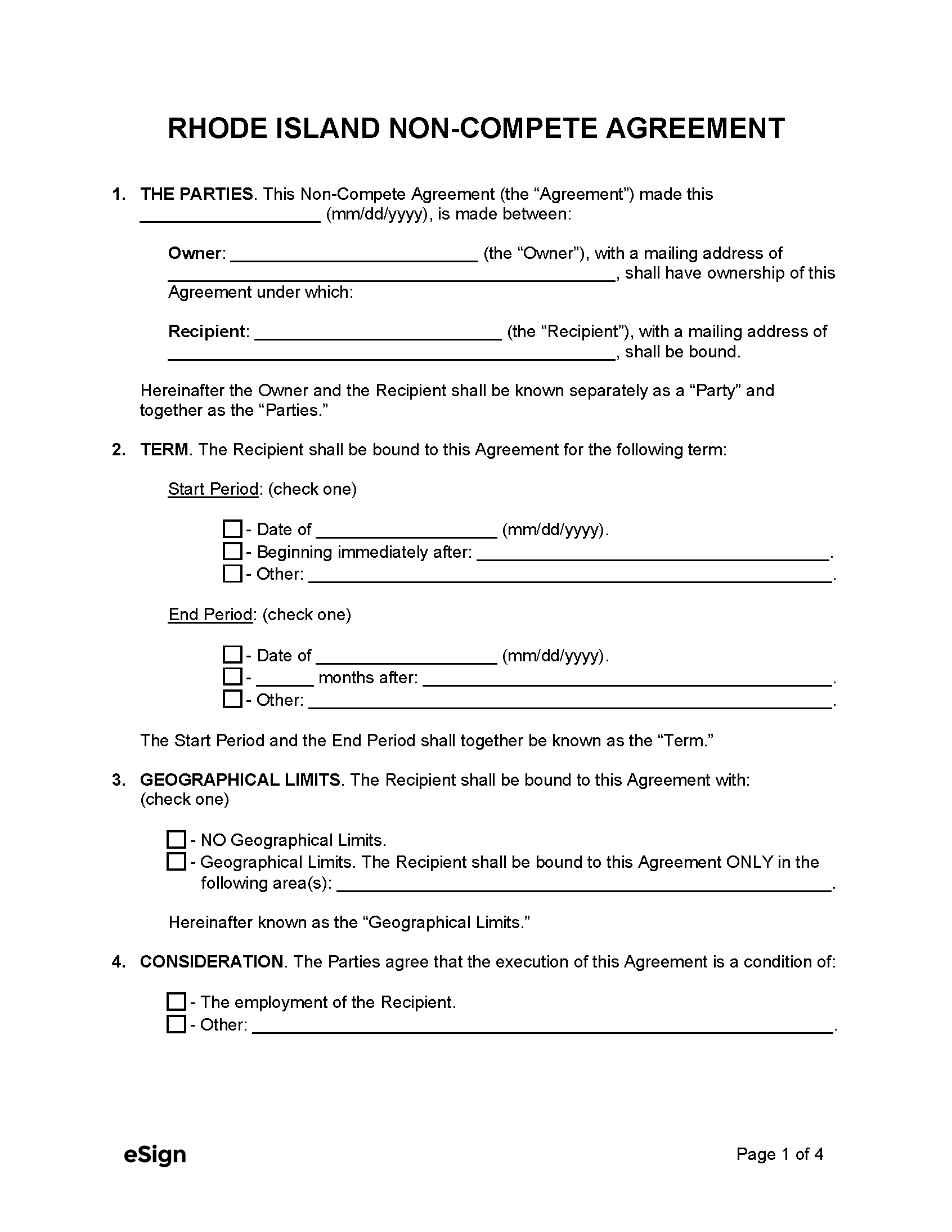