A Hawaii non-compete agreement is used by employers to define an area and time period in which an employee may not engage in competitive business activities post-termination. The contract outlines the activities that the restricted party is prohibited from engaging in, such as contacting former clients, disclosing trade secrets, or engaging in the same industry either as an employee or a business owner. The geographical area limited by the non-compete must be limited to where the employer can prove that they have a protectable interest.

To prevent potential misuse, courts uphold a contract’s restrictions if they can be proved necessary and reasonable, and do not inflict undue hardship on the signing party.

Non-compete agreements are enforceable in Hawaii if they comply with § 480-4 of the Hawaii Revised Statutes. The contract must be limited in duration and must not cause undue hardship on the restricted party

Furthermore, the agreement must be executed in support of a “legitimate purpose,” such as an employment contract or another agreement that does not violate state code.[1]

Hawaii statutes do not define any maximum duration for non-compete agreements. The courts will deem a restriction unenforceable if it meets any of the following criteria (known as the “reasonableness analysis”):

“1. It is greater than required for the protection of the person for whose benefit it is imposed;
2. It imposes undue hardship on the person restricted; or
3. Its benefit to the covenantee is outweighed by injury to the public.”[3]

In previous rulings, the courts have found three (3) years to be a reasonable restriction.[3]

Hawaii Non-Solicitation Agreement – Used to limit an employee’s capacity to contact or solicit their employer’s clients or staff after their employment has ended. 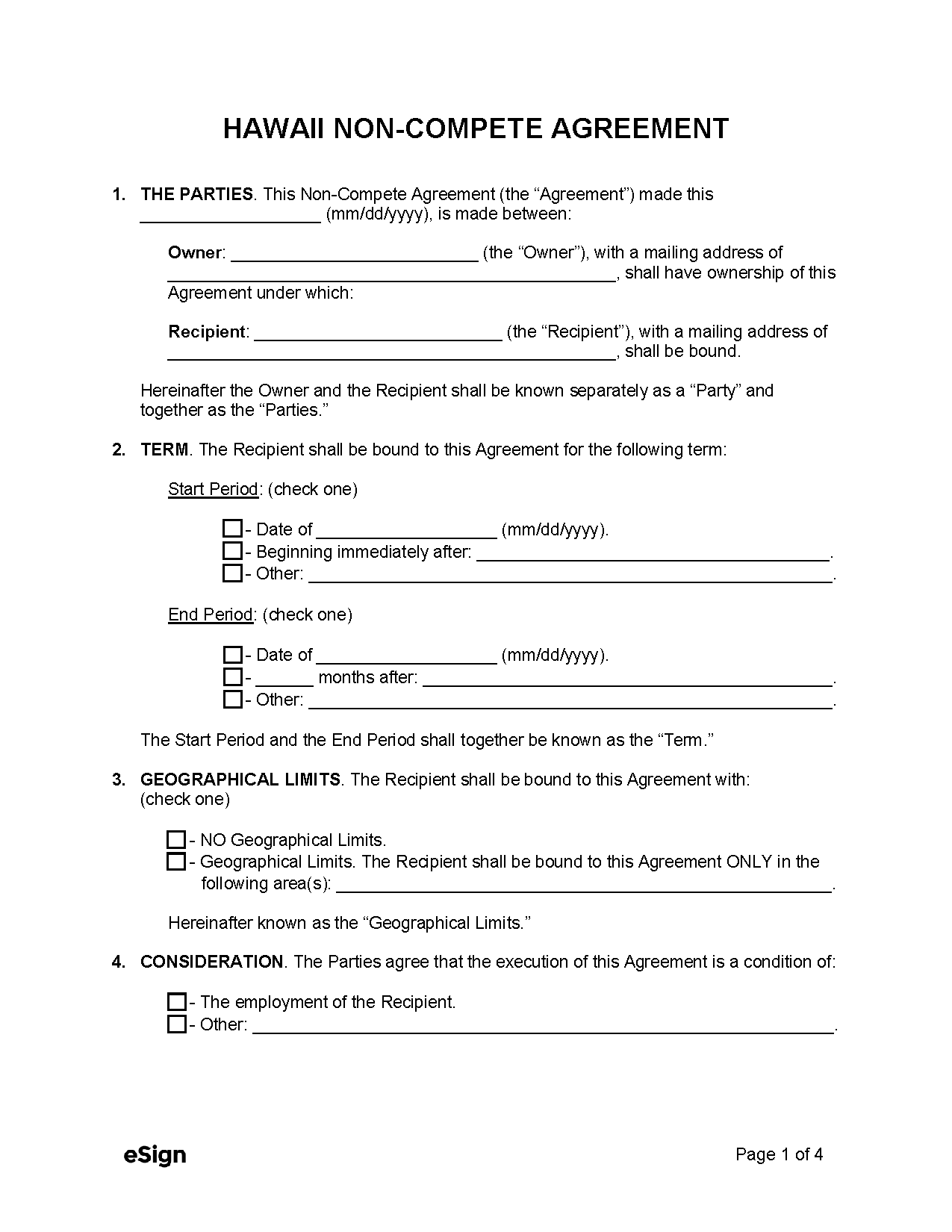