A North Dakota non-compete agreement is a contract used to restrict either the seller of the goodwill of a business or the departing partner(s) of an entity from carrying on similar business nearby. North Dakota law prohibits any agreement that restricts an individual from carrying out their profession, so unlike in most other states, a non-compete may not be used in an employee-employer arrangement. Instead, the agreement is used to protect the buyers of a business from any against the seller creating a like entity.

Generally speaking, non-compete agreements are not enforceable as any agreement that restricts someone’s ability to carry out their profession, trade, or business is void with the below exceptions.

North Dakota courts often look to California court decisions regarding non-competes to determine their enforceability, as they have similar statutory restrictions.[2]

Apart from the exceptions stated above, non-competes are very difficult to enforce, as no individual must be prevented from exercising their profession.

North Dakota law does not dictate the maximum duration of a non-compete agreement. Generally, the shorter the term, the better chances the court will find the agreement reasonable.

In the case of Lire, Inc. v. Bob’s Pizza Inn Restaurants Inc.,[4] the Supreme Court of North Dakota determined that a five (5) year non-compete agreement was reasonable after the sale of the restaurant from one owner to the other.

The Supreme Court also upheld a restrictive covenant of two (2) years in the case of Earthworks Inc. v. Sehn, where one party sold their construction business interest to the other.[5]

A company’s buyer and seller can agree not to compete within a “reasonable geographic” area. This term is not defined further in state statutes; however, previous versions of the statute have described it as  a county, city, or part thereof connected with the sale of the goodwill of a business.

Prior court rulings have enforced a limitation to a single county,[5] where another case determined a 50-mile restriction from a specified city to be too wide.[4]

North Dakota Non-Solicitation Agreement – A contract that prohibits an employee or seller of a business to engage with employees of their former company. 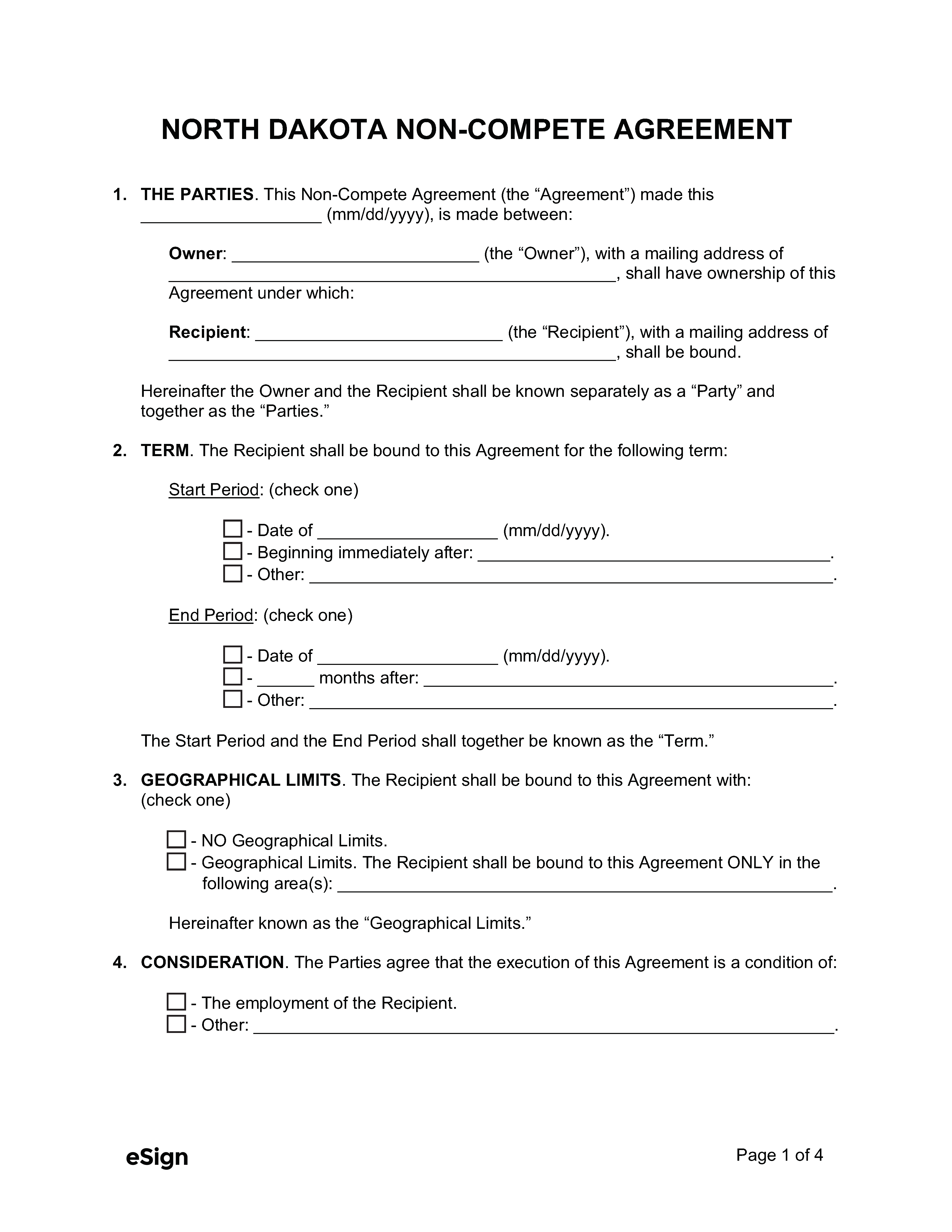