A Nevada non-compete agreement is a written contract imposed on an employee to prevent them from working with a competitor or starting a business similar to that of their former employer. Employers must be mindful of the reasonableness of a non-compete’s restrictions as a court of law may view it as a restraint on trade if it unjustly impedes the employee’s livelihood.

When deciding whether or not to enforce a non-compete agreement, Nevada courts must determine whether or not the employer is legitimately trying to protect its operations. There are a number of factors to consider, as detailed below, and courts will use state statutes and previous case law to appropriately regulate non-competes.

Non-compete agreements are enforceable in Nevada if they prohibit an employee from working for the employer’s competitors or in the same industry as the employer[1] or from using any proprietary knowledge gained throughout the course of employment.[2]

Geographical scope is another type of restriction that courts will consider in relation to other aspects of the case. In general, they’re looking to see if the limitation protects the employer’s business but doesn’t hinder the employee’s ability to find gainful employment. If the employer can prove that the proposed restricted area is where they have goodwill, a customer base, or offices/facilities, it’s likely the court will consider this acceptable.[4]

Nevada Non-Disclosure Agreement – A contract that aims to prevent the unwanted use or sharing of an entity’s confidential information.

Is blue penciling allowed in Nevada?

Yes, if a court of law believes that a non-compete agreement’s restrictions are overly broad, unnecessary, or harmful to the employee, they are allowed to modify the agreement to achieve an equitable contract.[11]

Are non-competes enforceable against employees who are terminated?

Yes, non-compete agreements are generally enforceable regardless of which party ends the relationship. If employment is terminated due to the entity restructuring, reorganizing, or reducing staff, a non-compete will become void as soon as all salary, benefits, severance payments, or other compensation stops.[12] 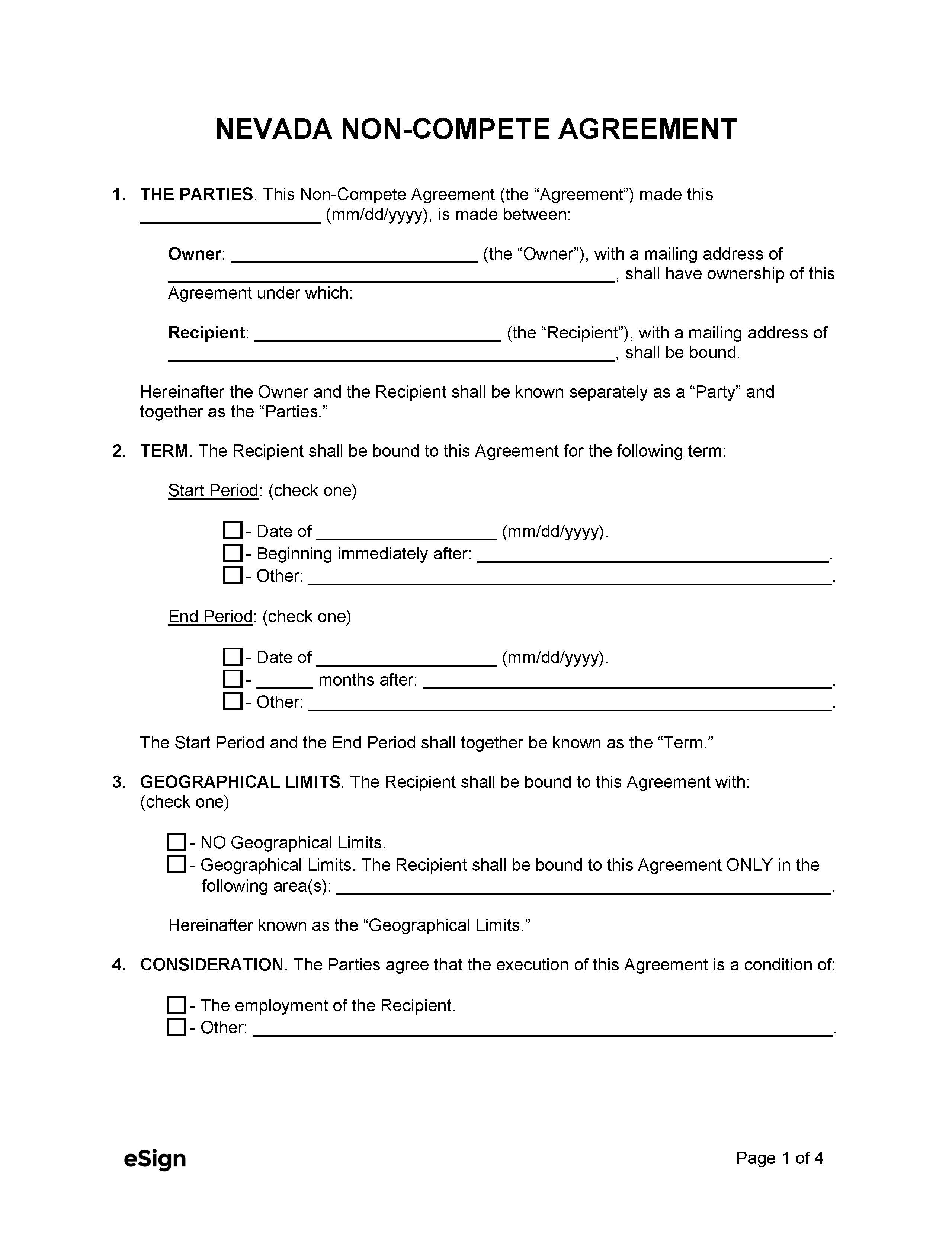