A Vermont non-compete agreement (NCA) is a legal document with which an employer forbids an employee from competing in the same marketplace after the employment relationship terminates. Generally speaking, an NCA restricts the employee from accepting a position with a rival business or starting a company that provides similar services or products. The contract can also contain a non-solicitation clause to prevent the poaching of customers and any former or current employee. These restrictions are limited in both duration and geographical coverage, the extent of which varies from contract to contract.

A Vermont non-compete agreement is enforceable if the restrictions imposed on the employee comply with certain conditions. There aren’t any state statutes regulating non-compete agreements in general. As such, the courts must instead apply the criteria of enforceability established by case law.

Non-compete agreements will not be enforced when the restrictive provisions go against public policy, provide unnecessary protection for the employer, or impose unnecessary limitations on the employee’s rights. In determining whether the agreement complies with these conditions, the courts must consider the contract’s subject matter and the circumstances surrounding the case.[4]

The maximum duration of a non-compete agreement is not set by state statute. As a result, Vermont courts will analyze the length of restrictive time periods on a case-by-case basis. In all instances, the period must not go beyond what the employer requires to reasonably safeguard their business and good will.[7] A five (5) year restriction was upheld in a relevant case, as the duration was deemed equitable for the employer’s protection.[4]

The geographical non-compete area set by the employer can extend as is necessary to protect their business interests and no further. The courts will not enforce the agreement if the geographical restriction is excessive. Former cases have resulted in the enforcement of a county-wide restriction for a pest control service person,[8] a 25-mile prohibition against competing in the restaurant industry,[2] and a statewide restriction against selling road machinery.[7]

Is blue penciling allowed in Vermont?

No. The option to “blue pencil” an unreasonable restrictive provision has been rejected by Vermont courts.[10] 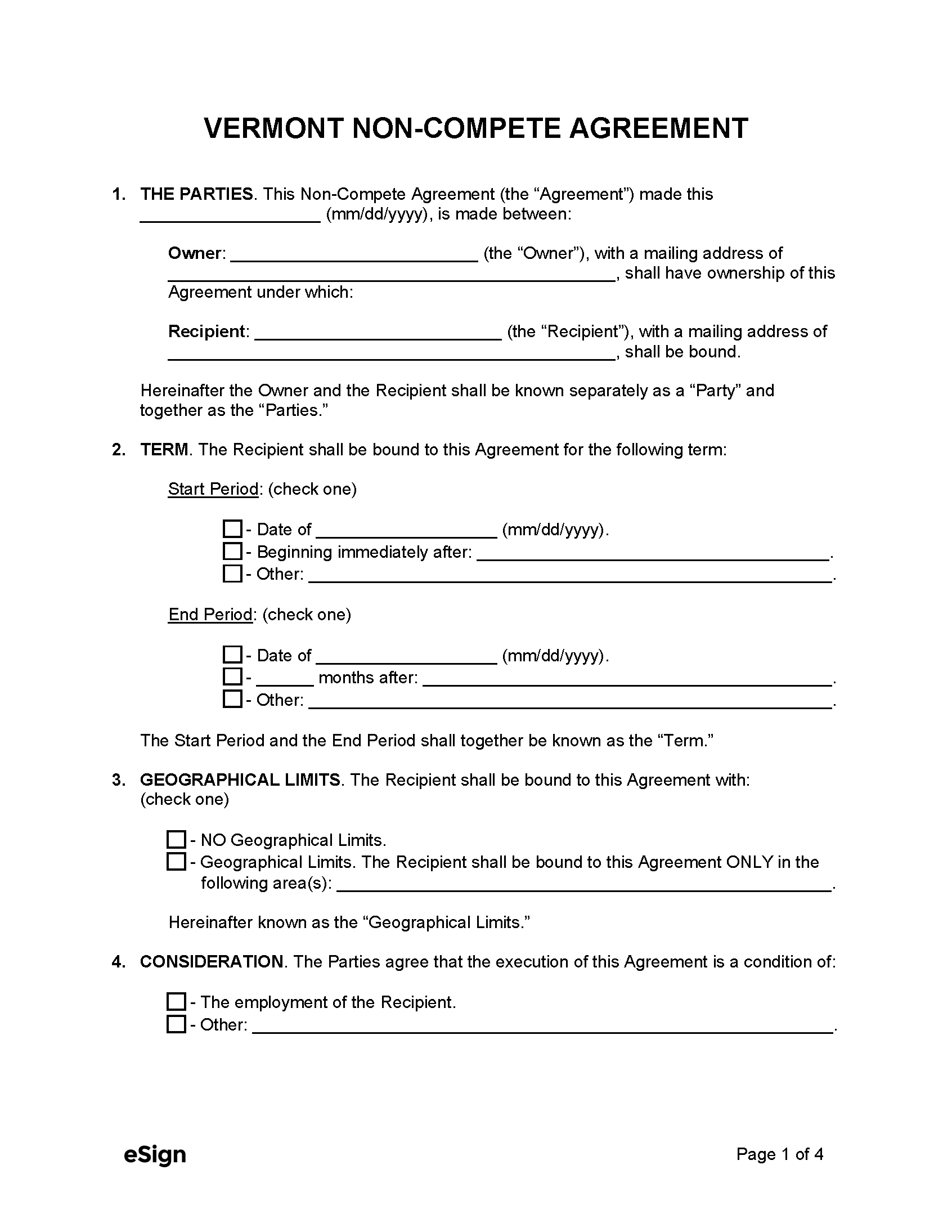