A debt settlement offer letter is sent from a debtor (a person that owes money) to a creditor or collection agency for the purpose of offering a lump sum payment in exchange for being released from all financial obligations. The form is recommended for debt that is held by collection agencies (as financial institutions and other major creditors are less likely to entertain the letter). Before sending a debt settlement, it’s very important that the debtor verifies the debt is legitimate by sending a debt validation letter to the creditor.

Debt Settlement Agreement – If the creditor accepts the terms proposed by the debtor in the settlement offer letter, the parties will complete and sign this form to finalize the details.

While sending a debt settlement letter may seem like a worthwhile attempt at lowering one’s debt balance, there are important considerations you (the debtor) should be aware of: 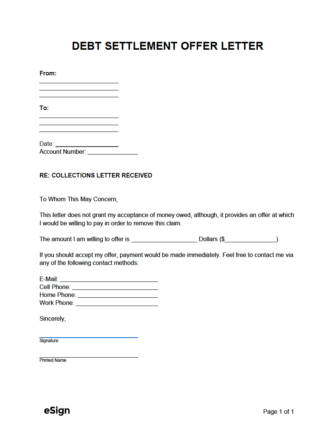 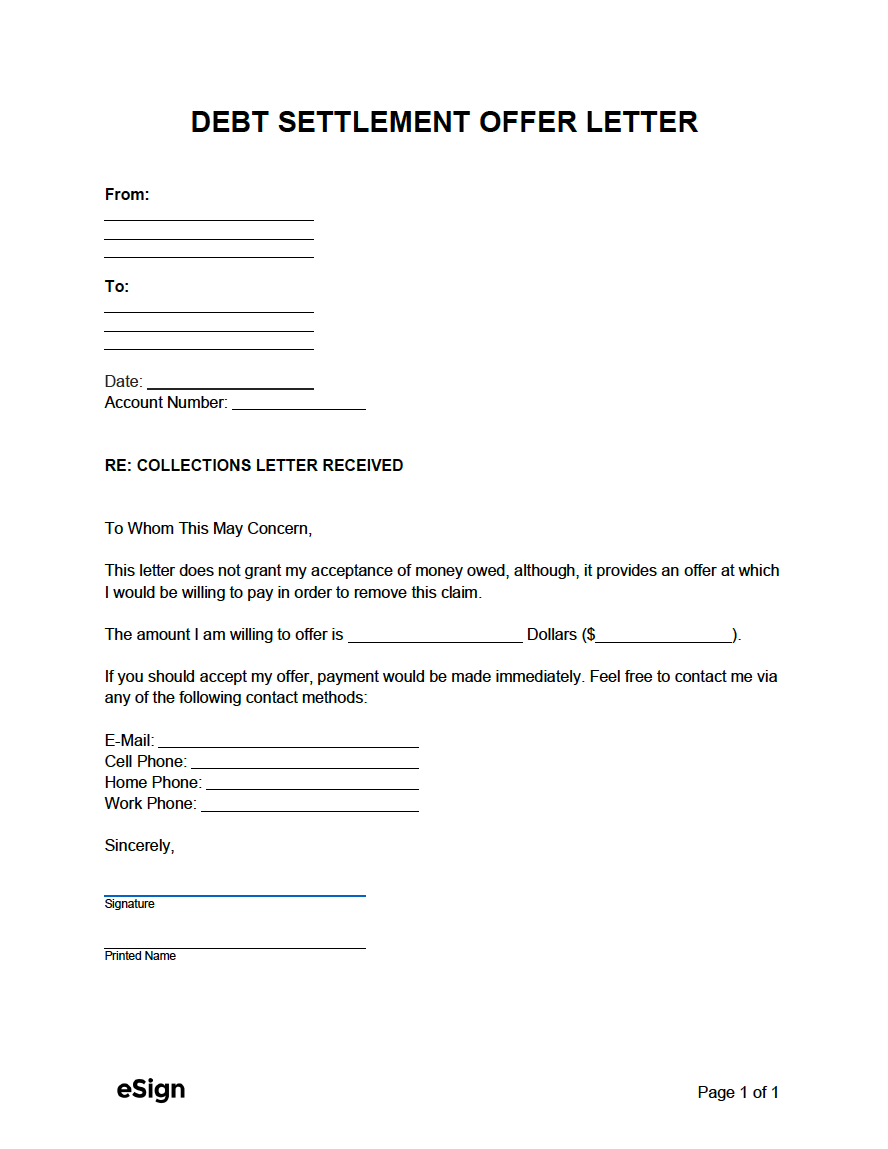