A deed of trust is an agreement formed between a buyer of real estate, a lender financing the purchase, and a neutral third party called the trustee. The deed of trust acts as security for a promissory note, a form that establishes the borrower’s obligation to pay back the loaned amount in full.

If the borrower defaults on the loan, the trustee will have the right to foreclose the property and sell it at auction in order to clear the default. In most states that recognize them, deeds of trust enable the foreclosure to bypass the judicial process which is ordinarily required under a mortgage. Judicial foreclosures can be a significant inconvenience for lenders, making deeds of trust the preferable arrangement where permitted.

Deeds of trust are currently permitted in thirty-seven (37) states.

What is a Deed of Trust?

A deed of trust, or “trust deed,” is an agreement in which a lender and a borrower agree to have a trustee hold onto the title until the loan is paid off. The deed of trust acts as collateral/security for the promissory note(s) signed between the parties.

The “trust” part of the deed refers to the fact that the legal title to the property is held by the trustee, and will only be only released to the borrower once the loan has been repaid.

Who can act as the Trustee?

While some states have requirements for who can act as a trustee, the trustee is typically one (1) of the following individuals/entities:

Depending on the agreement between the lender and borrower, both parties may have the privilege of choosing the trustee together. Alternatively, the lender may reserve the full right to choose a trustee on their own.

Deed of Trust vs. Mortgage

While both deeds of trust and mortgages are used for lending, they have a few key differences, namely the following points:

Most deeds of trust contain an essential provision called the “power of sale” clause. This clause allows the lender to go through a non-judicial foreclosure should the borrower default on the loan. Without the clause, the lender would need to go through court proceedings to take possession of the property, which is standard for mortgage agreements. Generally speaking, if a state permits power of sale clauses, they’ll also allow deeds of trust, although there are some exceptions to this rule.

What is right of redemption?

Right of redemption is a legal right that gives borrowers a means of stopping the foreclosure process if they can pay off all debt, including any fees and interest.

Every state permits right of redemption, although a little less than half the states permit post-sale redemption, which is a period of time after the foreclosed property was purchased in which the borrower can reclaim their home. 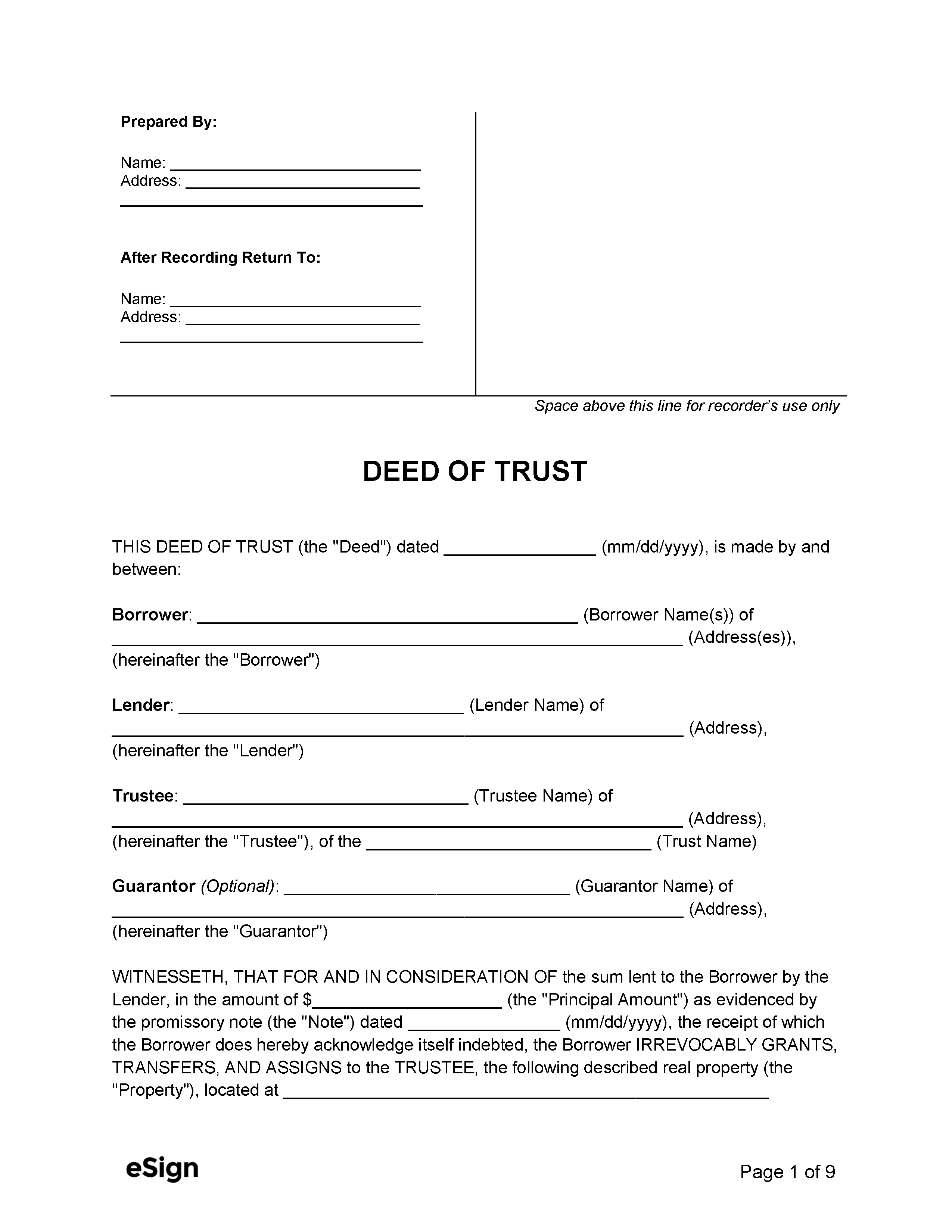